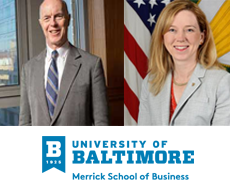 Knowledge at Work: So What Do You Do with Your History Degree?More >>

IMPACT presents an evening with Dan Ahdoot, billed as "the only Iranian-Jewish comedian in the world," with an act that combines the trials and tribulations of a single guy living in a big American city with the hilarious observations of his immigrant family.

Born in the United States, Ahdoot performed as a guest on The Tonight Show with Jay Leno, was a finalist on NBC's Last Comic Standing, and has appeared on numerous Comedy Central programs.

He opened for Lewis Black, Jay Mohr, and Dave Chappelle, and wrote for Comedy Central's Crank Yankers and The Chappelle Show. Ahdoot has also performed at over 100 Hillels around the country as well as at numerous Jewish Federation events.

The Wright Theater is located on the campus of the University of Baltimore in the UB Student Center, 21 W. Mt. Royal Ave.

Register and learn more about this event.