594
That’s the number of donors that student, alumni and staff volunteers were able to reach to thank personally for their financial support of UB over the past year. As part of two special recognition efforts, volunteers telephoned donors of all levels to express the University’s appreciation for their charitable contributions.

13
When Elizabeth Nix, assistant professor, learned that the early days of the People’s Community Health Center—which opened a new site on Maryland Avenue just up the street from UB in 2011—were relatively unknown, she seized the opportunity to explore its origins as the People’s Free Medical Clinic. Students in her undergraduate course HIST 300: Exploring the Past compiled interviews with people who had served in the early 1970s as volunteer physicians, lab technicians and more; 13 interview transcripts have been submitted to Langsdale Library’s Special Collections, with seven more to come. To learn more, visit www.ubalt.edu/history and click on “Student Work.”

8
Our fully online web MPA program has been ranked No. 8 among the 20 Best Online Master of Public Administration Degree Programs, according to TheBestSchools.org, which developed its rankings based on “the quality of the program, the types of courses offered, the faculty, rankings, awards and reputation, including the school’s reputation for effectively providing online degree programs.”

64
The UB chapter of the Sigma Nu Tau entrepreneurship society had its charter approved in October, making it the national organization’s 14th chapter. In March, during its charter ceremony, it inducted 64 graduate and undergraduate students representing the Merrick School of Business, the Yale Gordon College of Arts and Sciences and the College of Public Affairs.

25
Uncover the Veil is a published anthology of stories conceived, developed and written by five groups of five students in the literature component of a UB learning community, a thematically linked set of courses offered to freshmen. The stories are based on an original prompt, and each student contributed to the five parts of a traditionally structured story: exposition, rising action, climax, falling action and resolution.

23
At the end of June, Tom Hollowak will close the file on his UB career after nearly 23 years as the associate director of Langsdale Library’s Special Collections. In honor of his retirement, we present his five favorite items from the UB archives, starting with the Archives of Maryland Polonia Collection, which documents Marylanders of Polish heritage and for which Hollowak has funded an endowment. Interest generated has allowed UB to purchase a collection of letters from World War II, a couple of books and archival supplies. See Hollowak’s remaining four favorite items in the WebExtra.

800
The UB Criminal Justice Association and Helen P. Denit Honors Program joined forces to aid the local community Nov. 19 when 10 students served lunch to 800 homeless people at the Catholic Charities of Baltimore’s Our Daily Bread Employment Center. They filled roles ranging from kitchen server to dishwasher to plate runner and even brought some donated goodies with them.

20
Who needs honey when you can slurp down a 20-ounce peanut butter cup-and-vanilla milkshake named for Eubie, UB’s beloved bee mascot? Uncle Wiggly’s Deli & Ice Cream, 6911 York Rd., offers the mascot milkshake for $4.25 with whipped cream and a cherry on top. 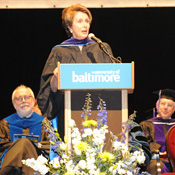 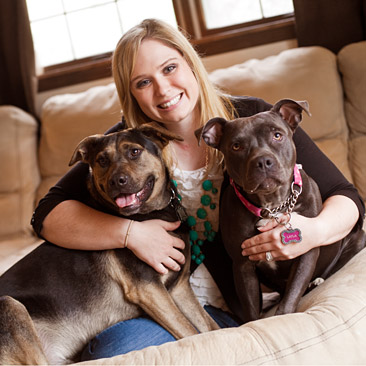