Tom Giannini, J.D. ’99, has created a triple-threat career as an attorney, actor and entrepreneur.

On any given day, he might negotiate a contract for a music artist, audition for a TV commercial and then finish off with a quick check of the latest analytics for AmpSlam, the website he founded to help independent musicians promote their work.

And the self-employed father of two does it all from his home office in Baltimore.

“My law career is purely transactional stuff such as contracts, publishing deals and helping with digital distribution,” he says. “So a lot of the work can be done over the internet. Sometimes ... I go to meet a client, but I’m not tied down to a desk.”

A former member of the University of Baltimore Student Trial Lawyers Association Team, Giannini spent nearly a decade after graduation practicing law in the corporate world, including examining congressional legislation while at Northrop Grumman, before returning to his original love: the arts.

The avid musician first played guitar and bass in high school, and then he later took up acting. His first professional role in Baltimore after moving from Atlanta to attend law school was a national commercial for the Blimpie submarine sandwich chain. Those early acting gigs, he says, helped pay for law school and generated some spending money. Even after establishing a career in corporate law, he continued to collect guitars and compose music.

In 2008, he decided to merge his artistic passion with his law expertise and opened an entertainment law practice. He has since worked with Baltimore artists such as Brandon Lackey, owner of the Lineup Room recording studio, and rapper Niro Nironic Baits as well as national TV actors such as Ami Bruni (Ghost Hunters and Kindred Spirits).

And in 2011, he launched the self-funded AmpSlam.com platform, which provides a free, online space for independent artists to share and promote their original music. With a global community of more than 700 artists, the site contains thousands of songs from genres ranging from hip-hop to country, rock and pop. “When I shifted to the combination of the arts and law, I found my perfect match,” Giannini says. “Now, at 53, I’ve reached the point where money is no longer my driving force, and I’m positioned financially where I can give back to the community as a patron of the arts.” 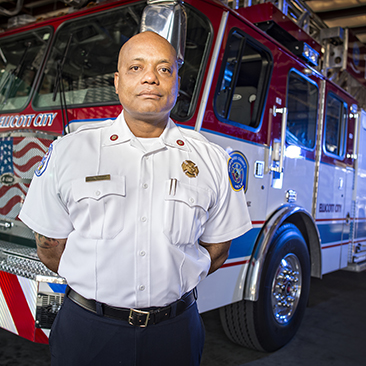 What was UB like in 1971? Take a peek—and read alumni memories in response to the last issue.