Peter Angelos, LL.B. ’61, was inducted into the inaugural class of The Baltimore Sun’s Maryland Business and Civic Hall of Fame in June. This recognition, developed in collaboration with business and community leaders, honors “those who have dedicated their lives to making this region thrive.”

James G. Morgan Jr., B.S. ’61, received the Jemicy School’s Westy Award, which recognizes an individual who has “tied together the generations of the ... school through passionate dedication and personal touch.”

William B. Riley, B.A. ’66, retired in March 2015 after more than 40 years in the automotive industry, including 15 years as a parts manager for several local General Motors dealerships and 20 years as a retail/wholesale manager for Valley Motors in Hunt Valley, Maryland.

Thomas Horsey, B.S. ’68, retired from UCB Pharma in 2008 after a 38-year career in sales and marketing management for the pharmaceutical industry. He lives in Florida.

Gerard F. Devlin, J.D. ’69, retired as an associate judge for the District Court of Maryland, Prince George’s County, in 2001.

Charles M. Glowacki Sr., B.S. ’70, was inducted into the Old Timers Soccer Association of Maryland’s Maryland Soccer Hall of Fame in May.

Edward P. Kardas Jr., B.A. ’74, was appointed to the rank of distinguished professor at Southern Arkansas University in Magnolia, Arkansas, in May.

Meyer Simon, J.D. ’74, was elected to the judiciary committee of the Montgomery Bar Association in Montgomery County, Pennsylvania, in January.

Lindsay S. Waite, J.D. ’77, bicycled through 12 states from April to June to advocate for and raise money in support of nonprofits that assist the formerly incarcerated.

Congratulations to the University of Baltimore alumni named recipients of SmartCEO Magazine’s Centers of Influence Award in the magazine’s September/October issue. This award honors top CEO advisers “based on the impact they have made on their clients’ businesses.”

Lori S. Simpson, J.D. ’86, was appointed judge for the U.S. Bankruptcy Court for the District of Maryland in April.

Claudia Barber, J.D. ’87, is running for judge on the Circuit Court for Anne Arundel County bench. She is the first African-American woman in county history to appear on a general-election ballot for the county Circuit Court.

Royal W. Craig, J.D./MBA ’89, principal at the Baltimore law firm of Ober|Kaler, was ranked among Maryland’s top patent attorneys in the 2016 edition of Chambers USA, a compilation of the nation’s most widely recommended law firms and lawyers.

Carl V. Strombom, M.P.A. ’90, retired from the Federal Aviation Administration in 2013 after 32 years of service. He received his master’s in counseling from South Dakota State University in December 2015 and is a school counselor for the Sioux Valley School District in Volga, South Dakota.

Debra M. Davis, J.D. ’94, is serving a one-year term as chair of the Tri-County Council for Southern Maryland. She also was inducted into The Daily Record’s Circle of Excellence (recognizing three-time Top 100 Women honorees) in February for her commitment to leadership and public service.

Richard Benenson, MBA ’95, a shareholder and co-chair of the litigation department at Brownstein Hyatt Farber Schreck’s Denver office, was elected to the board of the Colorado Judicial Institute in June.

Kimberly C. McBride, J.D. ’95, has worked as a family magistrate for the Circuit Court for Baltimore City since 2010.

Nicole A. Jones, B.S. ’98, graduated with a Doctor of Chiropractic degree from Dallas’ Parker University in December 2015 and has been practicing in Maryland since March.

Pamela J. Zimlin, J.D. ’98, was promoted to partner at the Philadelphia firm of Royer Cooper Cohen Braunfeld in January.

Christopher A. Davis, M.S. ’99, was elected principal at the law firm of Miles & Stockbridge in January. He works at the firm’s Baltimore office.

Patricia M. Muhammad, J.D. ’00, wrote a book review of Brad K. Blitz’s Migration and Freedom: Mobility, Citizenship and Exclusion that was published in the International Social Science Review in 2015.

Melanie Pursel, M.S. ’00, executive director of the Greater Ocean City (Maryland) Chamber of Commerce, was named Maryland Chamber Executive of the Year in May.

Tiffany P. Robinson, J.D. ’01, was appointed by Maryland Gov. Larry Hogan as his deputy chief of staff in June.

Paul D. Rose Jr., J.D. ’01, was elected principal at the law firm of Miles & Stockbridge in January. He works at the firm’s Frederick, Maryland, office.

Jimmy L. McComas Jr., B.A. ’02, is the administrative director at the Law Offices of Luke Lirot in Clearwater, Florida. He is responsible for research and legal writing related to First Amendment issues.

Kenneth B. Ogden, B.A. ’02, was appointed the North East District field director within the Delaware Region for the Evangelical Congregational Church.

Tia L. Brown, B.S. ’04, published her children's book, Mommy’s Triathlete, in December. She is also the founder of The Coming Woman, a virtual ministry dedicated to helping women release the emotional residue of past trauma.

Sumeet K. Goel, B.S. ’04, CEO of Goel Management, opened a new CaliBurger location in Columbia, Maryland, in May. He plans to open as many as five additional locations in Maryland.

Patricia L. Robinson, B.S. ’04, was featured in the National Bar Association publication in recognition of her advocacy work for mental-illness awareness within the Baltimore and Washington, D.C., communities.

Gretchen A. Rogers, J.D./MBA ’04, is a partner at the law firm of Berman, Sobin, Gross, Feldman and Darby; she works in the firm’s Gaithersburg, Maryland, office.

Cory C. McNeill, M.P.A. ’05, was named associate head coach of the women’s basketball team at the University of Hartford in West Hartford, Connecticut, in June.

Therman Reed, B.S. ’05, is the deputy chief of operations for the Baltimore City Sheriff’s Office; he was promoted to captain in 2012 and currently oversees the field enforcement section.

Sheena Gill, J.D. ’06, was named to the Washington Business Journal’s list of 40 under 40 business leaders in April.

Frank Brodnax, M.S. ’09, was promoted to director at Ellin & Tucker, a leading Baltimore accounting and business consulting firm, in January.

Jason H. Friedman, B.S. ’09, was promoted to tax manager at Arthur Bell in Hunt Valley, Maryland, in February. He works closely with management companies and business entities in the alternative-investment industry.

Allison Hartlove, B.S. ’06, M.S. ’09, was promoted to family office manager of Arthur Bell in Hunt Valley, Maryland. She has been with the firm since 2012 and has more than 10 years of accounting experience.

Rebecca J. Coleman, J.D. ’10, joined the Consumer Financial Protection Bureau in Washington, D.C., as an enforcement attorney in May.

Jessica E. Zadjura, J.D. ’10, accepted a position as an associate attorney at the law firm of Cordell & Cordell in February.

Courtney K. Brust, J.D. ’11, joined the law firm of Ober|Kaler’s Baltimore office as an associate in the estates and trusts group in May.

Gregg H. Mosson, J.D. ’12, has been working as an employment-rights and family lawyer at the Towson, Maryland-based firm of JM Blattner since May. He also works on select civil suits and is on the editorial board of Trial Reporter, the Maryland Association of Justice's magazine.

Nathaniel L. Fissel, M.S. ’13, was appointed to the tax committee at Smith Elliott Kearns & Co. in Hanover, Pennsylvania, in March.

Fatima G. Wahab, M.A. ’14, is a candidate in the Community College Leadership Doctoral Program at Morgan State University’s School of Education and Urban Studies in Baltimore.

Brittany Dowdy, M.S. ’15, was hired as the central region re-entry specialist for the Maryland Department of Juvenile Services in March.

Timothy J. Gilbert, J.D. ’15, was hired as an assistant state’s attorney in the Office of the State’s Attorney for Anne Arundel County (Maryland) in March. 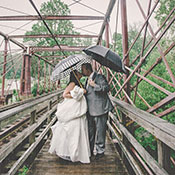 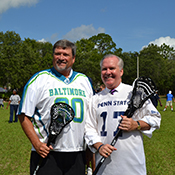