For almost a century, UB has helped shape Baltimore’s workforce, cityscape and neighborhoods. And the university contributes to the city's history in another vital way: as a place where scholars and others can learn about Baltimore's past and how it has impacted the city we live in today.

Langsdale Library’s Special Collections department houses a treasure trove of archival materials. "Our collections document the city's civic organizations, social movements, demographic shifts and other events that have influenced Baltimore over the last 100-plus years," explains Aiden Faust, head of Special Collections. The archives consist of more than 8,500 banker’s-type boxes of correspondence, newspaper clippings, objects and more. Among those who utilize the collections are academics and professionals in fields including law, politics, government and social activism, as well as the general public.

And now, through a new fellowship opportunity at Langsdale, three sponsored scholars are focusing their research around one specialized grouping of materials, the Baltimore Regional Studies Archives. These archives consist of 151 separate collections gathered around the theme of social inequality, covering topics that include urban renewal, segregation in housing, economic development, the War on Poverty, law enforcement and social services.

"After the civil unrest in Baltimore in 2015, we considered what kind of response was appropriate and socially responsible," Faust explains. "We wanted to make resources available that would help illustrate the origins and continuity of some of the issues that Baltimore is facing today."

Now in its second year, the three-month Archival Fellows program awards up to $5,000 in a summer employment contract plus workspace in the library to successful applicants. Once they have completed their summer residencies, fellows present their findings at a public colloquium organized by Langsdale. They also submit a copy of their research in the format of their choice to Special Collections.

"After the civil unrest in Baltimore in 2015, we considered what kind of response was appropriate and socially responsible. We wanted to make resources available that would help illustrate the origins and continuity of some of the issues that Baltimore is facing today."
-Aiden Faust, Head of Special Collections

Many collections in the Regional Studies Archive are minimally processed, explains Faust, which means that descriptions are available on the web but the items have not been digitized. "They're easy to find but having the primary source material in its original state is often valuable," he says. "How items are organized in relation to other things can be significant and lead to further discoveries."

The program receives funding from both Langsdale and a UB Foundation Fund For Excellence grant. "We're very fortunate to have these scholars working at Langsdale," says Faust. "They are in a unique position to add historical context to the current dialogue—both local and national—regarding race, economic disparities and social justice in America."

Fellow Elyshia Aseltine is investigating aspects of law enforcement in Baltimore, including the development of the pioneering Maryland Law Enforcement Officer’s Bill of Rights. She’s using an archive of a statewide criminal justice committee that operated from the early 1930s to the 1970s. "Many of the committee’s leaders held high-ranking positions in Baltimore law enforcement for decades,” Aseltine explains. "So they were important players in how police-community relations developed in the city."

An associate professor in the Department of Sociology, Anthropology and Criminal Justice at Towson University, Aseltine is working on a book about the history of law enforcement in Baltimore. "Conditions and events here parallel those in other cities such as Detroit and St. Louis, so I’m also exploring that larger context," she says.

Bates is fitting 20-30 hours of research per week around her full-time job as academic program specialist in the Klein Family School of Communications Design. "If I'm not at work, I'm in the library," she says. "But I'm enjoying the process—the archives are fascinating and provide insights into how Baltimore is developing now."

Lawrence Brown, associate professor in the School of Community Health and Policy at Morgan State University, is studying the impact of forced racial displacement in Baltimore due to federally subsidized programs such as the construction of public housing units. Using records from the Baltimore Urban Renewal and Housing Agency, Brown has calculated that between 1951-70 more than 10,000 black families that included well over 25,000 multigenerational members were moved out of their communities.

"What I'm finding helps explain why many Baltimore neighborhoods aren’t doing better in areas of community health," Brown explains. "As the traditional village construct of these communities was upended, we've witnessed increasing violence, substance abuse and addiction, and emotional trauma." Brown is using his findings to write his book The Black Butterfly: Why We Must Dismantle Baltimore Apartheid and Make Black Neighborhoods Matter. "Segregation is very specific and solutions must be too," he says. "It's vital that the city begin to invest more in black neighborhood stability."

Learn more about the evolution of the library archives.

A review of UB's Campus Pantry results one year later.

The BeeLine program streamlines UB's application process for a growing number of students. 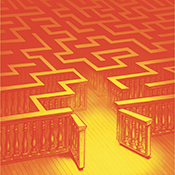 Help to Live Safely And Well 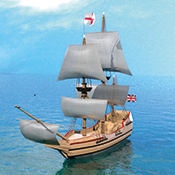 Baltimore Ships sail into the classroom through virtual reality technology.