After graduating with a degree in business administration with a specialization in marketing, Melissa Chen, B.S. ’11, drove around the entire continental United States for 30 days in July 2011, racking up nearly 10,000 miles on a rented minivan.

“I drove the entire excursion, despite being accompanied by my cousin, who does not possess a driver’s license,” Chen says. They started in New Jersey, where Chen’s cousin Sean lives; the trip was funded in part by a grant Sean received from Princeton University, where he had just completed his sophomore year, to photograph Americans while driving across the country.

“A few of my key memories include visiting the Facebook office in Austin, Texas; spotting director Kevin Smith in Los Angeles and ‘planking’ [on] the sky deck in [Chicago’s] Willis Tower,” Melissa Chen says, but she points to their time backcountry backpacking in Yellowstone National Park as the highlight of the trip.

The cousins made it to Seattle on the 11th day of travel, where they visited the top of the Space Needle. “This road trip made a great impact on my life,” says Chen, who now heads the marketing department for a prospect research company, DonorSearch, which requires her to travel twice monthly. “It gave me a literal and figurative road to self-discovery.”

Have you traveled around the nation or abroad recently and snapped a photo of yourself proudly sporting your UB gear? Email your photos or send them to the UB Office of Alumni Relations, 1130 N. Charles St., Baltimore, MD 21201. (And next time you head overseas, don’t forget to wear your UB apparel.)

What’s the Story Behind This UB Photo?

The photo in our last issue sparked some fond memories of a criminal justice class at Fort Meade. 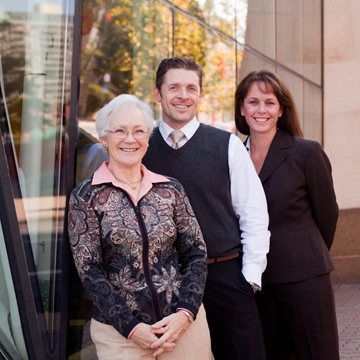