“You think you know where things are going, and then they head in a different direction,” she says. Gruber’s day might include fielding questions from reporters, testifying before a committee, meeting with state senators and staff, and gathering policy data.

“Annapolis [Maryland] is always a dynamic place, but it’s especially busy January through March, during the legislative session,” she explains. “Our session is only 90 days long, so there’s a clear end to the process.” However, she adds, there’s also “a lot of motivation to keep things moving year-round, establishing and focusing on priority issues so we can accomplish our goals [during session].”

Gruber’s involvement in government began with an internship with the Maryland General Assembly during her undergraduate studies. After college, she worked on a gubernatorial campaign and became a lobbyist before moving to Maryland’s Department of Legislative Services. There, she says, she gained experience in drafting legislation involving civil law, domestic violence and the then-nascent Uniform Commercial Code for computer transactions.

“Working for [the department] helped me develop the ability to ... give everyone a chance to feel heard,” she says.

“It’s great to have technology and computers, but teaching government is just as important.”

Her interest in legislation and public policy motivated her to pursue her law degree. “I was not so much interested in the courtroom as [in] the committee room,” she adds.

Gruber, who was named one of The Baltimore Sun’s 50 Women to Watch in 2013, considers it an “incredible opportunity” to work with Miller. “He brings seasoned stability and a collegial atmosphere to the Senate,” she says. “There are many different ways to reach public policy goals, and it’s especially interesting to figure out how to put forth the best possible options to get the best possible results.”

Even after leaving the office for the day, Gruber is still hard at work. She and husband Tom Lewis—who served as chief of staff for Michael Busch, Maryland’s speaker of the House of Delegates, for 11 years—have two young sons, and helping them with homework inspired another current project: a book for young children about the legislative process. (Her son’s textbook, she says, “didn’t explain how things really happen.”)

She’s also proud of helping to reinstate a government-focused Maryland School Assessment Test to gauge high school students’ knowledge of the subject. “It’s great to have technology and computers,” Gruber says, “but teaching government is just as important.” 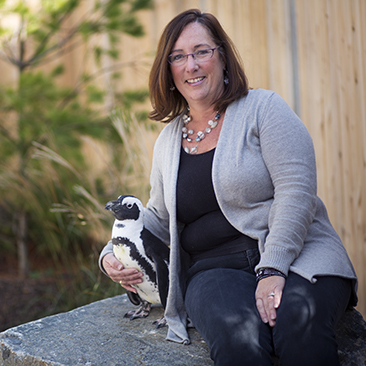