Serving Those Who’ve Served from University of Baltimore Magazine on Vimeo. Video Transcript

Veterans Day 2011, a typical day around the University of Baltimore campus: students and faculty hurrying to get out of the early winter weather, a cloudy Friday with temperatures in the low 40s and a persistent, chilly wind. Raw. And quiet. The veterans’ parades, the speeches, the acknowledgment of conflicts past and those that are ongoing—those things were taking place elsewhere.

But at 11 a.m. that day—11.11.11@11, as the UB community called it—something deep in the University’s outlook on the lives of veterans changed. Students, teachers, staff and visitors walked out of buildings all over campus and gathered together on Gordon Plaza. In the shadow of a newly placed flagpole, they gathered to recognize and remember UB’s veterans young and old simply for their service to the nation. A few words were spoken; “Taps” played in the distance. The American flag drew some quick salutes. In 15 minutes it was over, but that moment—the moment when UB expressed its collective gratitude to a growing group of campus men and women who have military experience in their backgrounds—lingers in hearts and minds. For some, it warms them up a bit.

For Chikongola “Chuck” Linton, B.A. ’11, it was more than a moment. The Army veteran of the Vietnam War and survivor of the infamous Tet Offensive says that on that day, the brief ceremony stirred up strong emotions and gave him closure regarding things he’d been thinking about for a long time.

“There were some tears that day,” he says. “Everybody was so nice, so receptive to us veterans. I felt like, ‘They’re not ignoring me. I’m at home here.’”

Linton is hardly an invisible or complacent man, and to ignore him takes some doing. He stands 6 feet tall and proudly wears a multicolored Buffalo Soldiers jacket. His gruff, baritone voice fills the room. He carries himself as if he’s on a mission, which makes sense given his background in Army reconnaissance.

Two years ago, long before 11.11.11@11 and its related activities became a reality, Linton was on just such a mission, looking for some answers. Busy fulfilling undergraduate requirements for his independent studies major, he noticed that UB did not host any events to commemorate Veterans Day. At that time, the campus even lacked a place for the American flag to fly, as preparation for the construction of the new John and Frances Angelos Law Center on UB’s former Charles Street Lot had necessitated the removal of the official flagpole on the southwest corner, and a new site for the flag had not been designated. But Linton didn’t know that; he says he interpreted the absence of the flag as an absence of concern about UB’s many veterans.

“So I went to see the president,” he says. “I wasn’t familiar with him, but I walked into his office and asked the lady at the desk, ‘Where’s the flag? Why can’t the University recognize that we’re still at war? Why can’t we say thank you to our vets?’ He wasn’t in the office that day, but they said, ‘We’ll get back to you,’ and I trusted them. You know what? They did.”

And not just with words but with deeds. Linton’s question appears to have been a tipping point for UB—a chance to take stock in its recognition of a distinct community within the larger institution, a reason to revisit its roots as a place where service members can start a new phase of their lives and a time to ensure that students’ needs are being met in the best way possible.

For President Robert L. Bogomolny, it was also an opportunity to make a point. “It’s important for UB to support our veterans any way we can, including honoring their service. Their presence on our campus contributes to a core strength of this University: the diversity of our campus population,” he says. “Just as the G.I. Bill transformed higher education after World War II and established our country as a global leader for learning and prosperity, we can do the same thing today by committing ourselves to our veterans. UB is exactly the kind of institution to take on that job.”

Yes, institutions can do bold, transformative things, but often it’s the brave individual who makes the first move.

“Chuck deserves a lot of credit for giving UB the swift kick that we needed to do the appropriate recognition,” says Kathy Anderson, dean of students. “He walked into the president’s office and asked a couple of tough questions. A year later, we’re doing a better job, and we’re glad to be doing it.”

The flagpole didn’t take long. Similarly, it was relatively simple to let returning vets know that the University offers them a range of services, including financial aid, scholarships, counseling and more. With input from Linton and other student veterans and current service members, the campus declared last November as “Recognize a UB Vet” month and instituted several activities to raise awareness of those who have served. In addition, a student group for and about veterans is in the planning stages, and at least one course, Veterans in Popular Culture, examines the lives of former soldiers.

Charity Fox, assistant professor in the School of Communications Design, leads the popular culture class and works with and teaches about vets. “We’re examining representations of American war veterans in popular culture in order to understand and interpret how veterans and their experiences are imagined and represented in popular media forms,” Fox says, noting that the class studies feature films, TV shows and documentaries about past and current conflicts.

“I’ve had an increasing number of student veterans in my classes every year,” she says. “I get to connect my academic interests in cultural studies to ever-changing current issues as well as to my students’ real-world experiences. Like all of our students, UB student veterans deserve opportunities to seek out a high-quality education in a supportive environment, and UB student veterans bring great perspective to the University and to the classroom.”

Still, there are miles to go. Anderson points to ongoing work in developing a formalized process for identifying and assisting veterans with their educational and financial needs. Perhaps most importantly, there is the question of how a university can help a soldier transition to being home.

For Linton—a reluctant fighter, drafted in dire circumstances while still young and sent thousands of miles away from his New York and New Jersey stomping grounds—this is the critical task. Yes, he interacts with friends at his local Veterans of Foreign Wars chapter near his longtime home in Catonsville, Md., and he is exploring a new career as a veterans’ counselor as he pursues master’s degrees in Negotiations and Conflict Management and in Legal and Ethical Studies. But he believes he can encourage UB to work harder to understand soldiers’ mindsets and to provide appropriate support, and that may be his most important contribution to serving those who’ve served.

“All these years later, I’ve adjusted to life,” he says. “I’m 70 percent disabled, and everything that is messed up about me is service related. I’m a mess, but I keep my mess to myself. I just know that we have a lot of new veterans coming back from war, and a lot of them will want to come here to UB. It’s not easy for them, but we can help out. I know we can.”

More than anything else, it seems UB veterans want to help their fellow vets prepare themselves for life after military service. The David A. Adey Vietnam Veterans Scholarship, for example, was set up by its namesake to assist Vietnam-era vets and their children in their pursuit of higher learning.

“Higher education provides continued improvement in [veterans] employment status along with promotion opportunities and better pay,” David A. Adey, B.S. ’72, says. “This establishes a platform for continuing the transition into civilian life and a chance for a stable home life and hope for the future.”

Adey recalls returning home from Vietnam to work in an entry-level job at a steel mill while attending UB at night on the G.I. Bill. While it was a hectic pace, he says he was glad for the distraction, having first survived a war zone and then the unpleasant experience of returning home to a country deep in conflict over the war.

“A change in venue from the military establishment to the campus culture is a positive aspect of the transition [back home], with new friends, a learning environment and a sense of personal accomplishment,” he says.

Adey’s scholarship has benefited several UB students over the years, and he’s not hesitant to point out that it has benefited him as well.

“Meeting proud Vietnam veterans with their UB student son or daughter at the UB scholarship luncheon over the last 13 years has been a rewarding experience,” Adey says. “Most recently, I met a UB student who received the scholarship who happens to be a grandmother and attended with her Vietnam-veteran father. We had a great conversation.”

He says that sometimes the scholarship presentation has prompted important conversations within families, the kind of dialogue through which children, spouses and other relatives learn firsthand what happened to the veteran during the Vietnam War.

“Vietnam was an experience that forever has shaped my life,” Adey explains. “I wanted to give back to my fellow Vietnam veterans and UB, since I had reached a point in my career where I can do so and maybe make a small, positive impact on somebody’s life.”

UB alumni, faculty and staff work to ease the transition back home for service members. 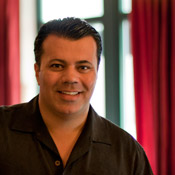 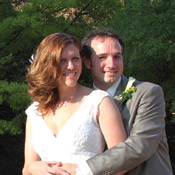 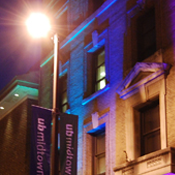