WBJC radio personality Judith Krummeck’s voice may be the most recognizable among those of local broadcasters because of her South African accent. The M.F.A. in Creative Writing & Publishing Arts student told us more about her roots, her life on the other end of the airwaves and her advice for those who are interested in pursuing careers as varied as hers have been.

Q: What do you miss most, if anything, about South Africa?

A: Friends. No question. Absolutely irreplaceable.

Cape Town is probably the most beautiful place in the world that I have ever seen. It’s glorious to go back and [to] see it and Table Mountain, [which is] just as exquisite and majestic and monumental as it ever was.

Q: Do you go back for visits?

A: I have just been back (in August), and it’s always mixed feelings for me. Even now, even though it’s so long after independence, there’s no getting away from the scar of apartheid. There just isn’t. If you’ve grown up through it, and you’ve lived through it, I can’t not associate that country with it even though it’s moved on and it’s different.

Q: Have you been recognized in public by your voice?

A: Occasionally. I’ve had a couple of people in restaurants come up to the table. And I always feel ashamed because I think I was speaking much too loudly.

I feel a little bit self-conscious, strangely enough, because radio is a hidden medium. There’s a kind of anonymity, and one gets used to that. [But] it is such an intimate medium that it is lovely if people feel that connection and feel that they can come up to you.

Q: When you moved to the United States in 1997, did you know if you would pursue a position with television or radio, or if you’d try something new entirely?

A: I had no idea if I would be able to carry on as a broadcaster here because of speaking differently from everyone else. … “If I could work here,” I said to myself, “I would love to work for a classical music radio station on the East Coast.”

If you dream well enough and hard enough, sometimes your dreams come true.

Q: What is a typical day of work?

A: I get in about lunchtime. The first thing I do is make a cup of tea, and then I start pulling the CDs for my shift for that day. I go through the playlist so that I know if there is anything that needs to be researched. I go on air at 3 [p.m.], and then it is actually quite a busy shift because I do five newscasts. We take those directly from the Associated Press, and they all need to be compiled and got ready; it’s quite intense. The newscasts start at half past 4 and go until half past 6. That keeps one quite busy. But in between whiles, I’m programming ahead. I tend to program two days in advance.

Q: What do you see for the future of classical radio stations?

A: You know, they keep on saying that they are dying and that everybody wants to listen to talk radio, and I think there have been some casualties. … Our listeners are passionate and loyal and faithful. I do think the future is still there for it. If there are enough people who continue to want [classical music stations], they will find their place. Certainly for the moment, [the demand] seems to be pretty healthy.

Q: You have changed professions from actor to arts editor to broadcaster. What advice do you have for students who may be considering a career change?

A: It is very important to think that nothing you do is irreversible. And that makes it less frightening. You can always use what you’ve learned in a different area. It’s not to say that it doesn’t take an act of courage to move, but rather than thinking of it as a leap of faith, think of it as “something that I can just take to the next level or edge into a different area.”

It’s also really, really important to try to listen to your heart. It sounds like such a sappy thing to say. If you feel a click with something, you will be able to make it work, no matter how difficult it may seem. 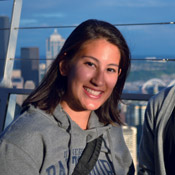 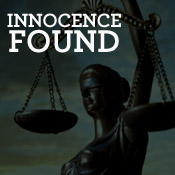 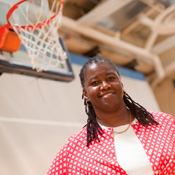 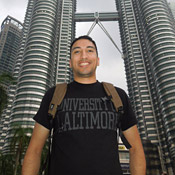 UB Around the Globe: Catching Up With Efrain Solis

Hear more about the Northern Ireland and Guatemala experiences from the participants themselves.