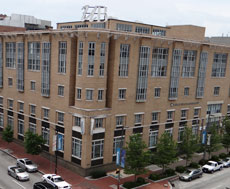 Entrepreneurship: Lessons From the Business CloudMore >>

Specific Topics: learn to use macros to run a set of tasks in sequence; create forms that allow users to easily run reports, queries, and other open forms; conduct data analysis using pivot tables and pivot charts; create graphs to include in reports or on forms; limit the ability of users to make changes to data or to database objects