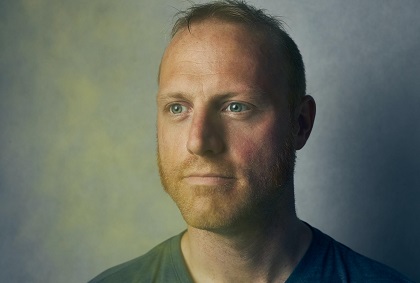 
Prior to joining The University of Baltimore, Jacob spent a decade as an in-house web designer and design manager at Illinois State University. He oversaw the creative and strategic development of the university’s visual web standards, implemented a tailored co-branding web concept for academic departments, and created interactive campaigns for university efforts such as giving, homecoming, and alumni and student marketing

In 2012, Jacob co-founded a bike advocacy organization for the twin cities of Bloomington-Normal, IL. During this time he served terms as secretary and vice president, as well as the organization’s creative director. In addition to establishing the visual brand, Jacob lead efforts organizing significant fundraising and community events—Tour de Taco and Bike Movie Nights—supporting the organizations’ operational goals through merchandise and memberships, and facilitating a grassroots safety awareness campaign co-funded by both city governments.

Seeing firsthand the value of collaborative design in the public realm, Jacob went back to school to earn his M.F.A. in Design at the University of Texas at Austin. Through various public design interventions—from improvised scooter parking to pop-up community input boards—he developed ChalkTalk, a participatory design framework for designing public infrastructure.

While in school, Jacob also worked as design consultant for the National Center for Mobility Management (NCMM), facilitating design thinking sessions and providing design support for MHMR of Tarrant County Texas. He has continued to collaborate with NCMM, providing branding for a community transportation program, and serving as grant reviewer.

Most recently Jacob worked at Nelson\Nygaard Transportation Consultants as a hybrid Planner/Designer. There he collaborated with city staff and planners across the country to conceptualize and create project branding, analyzed and displayed data that understandable, and produced final plans that were interactive, accessible, and engaging.

He has also established an experiential design studio with his creative partner and fiancé Lauren Smedley, called Creative Blocks. In 2020, they were awarded the Public Artist in Residency (PAiR) for Salem, MA. During the residency they worked with local businesses and city officials to reimagine public wayfinding and placemaking that promoted public safety during the COVID-19 pandemic.