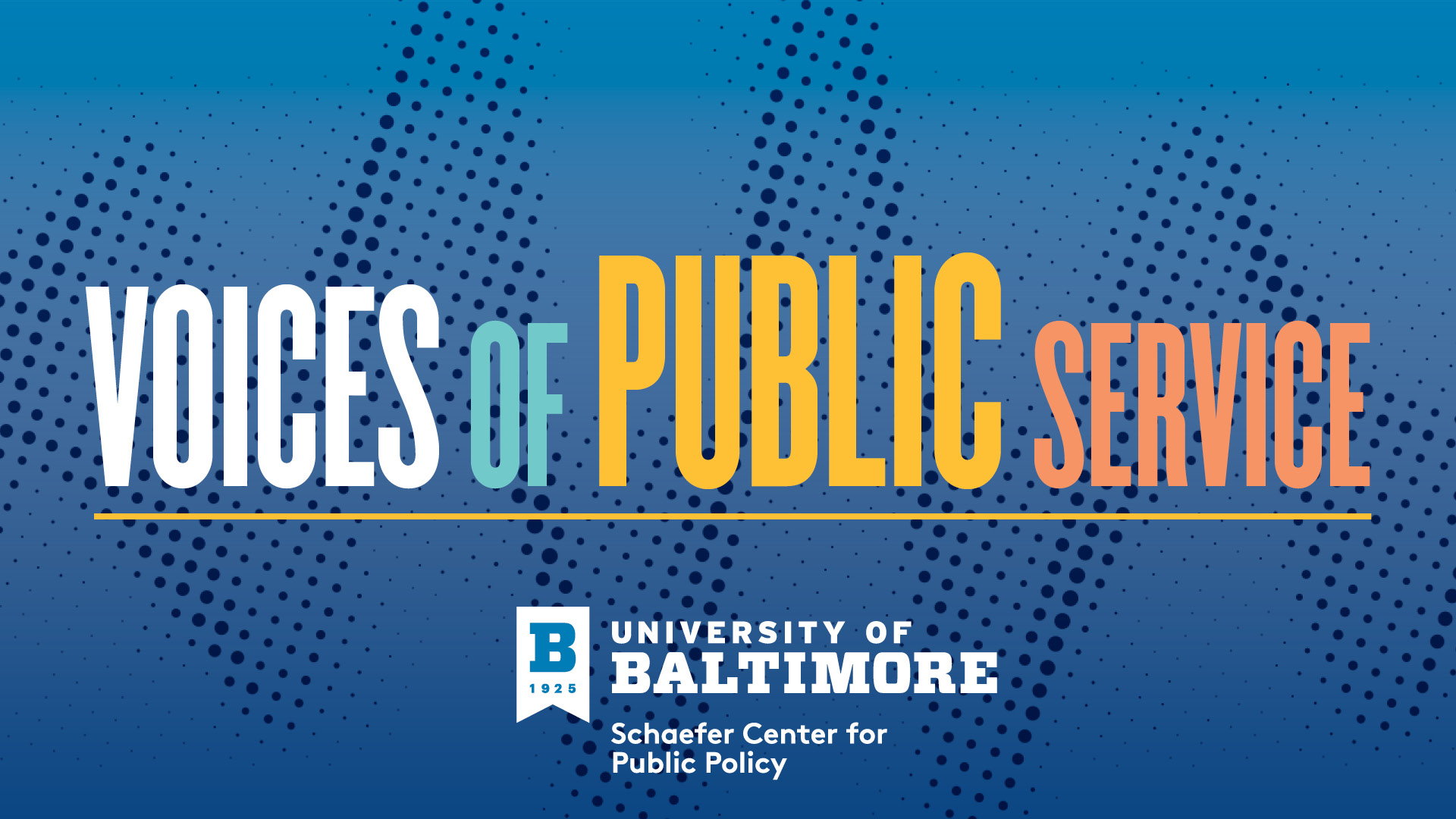 Voices of Public Service is a monthly series that gives students an opportunity to learn about public service careers from seasoned professionals. Guest speakers include government and nonprofit leaders, elected officials, and business leaders who have made a civic contribution to society. Students from all majors and programs are welcome to attend.

This series is co-sponsored by the College of Public Affairs, the Schaefer Center for Public Policy and the Career and Internship Center. 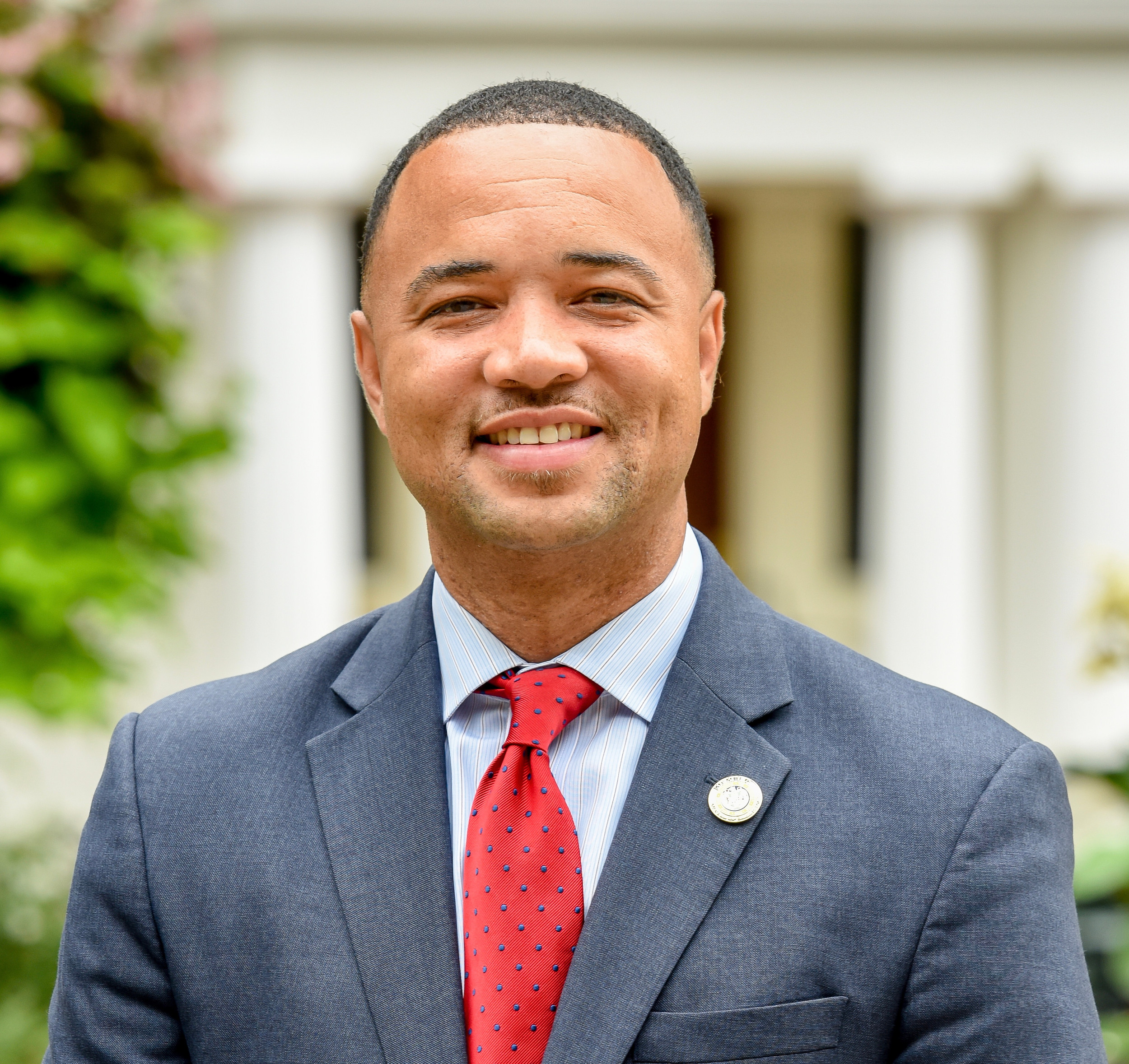 Senator Antonio Hayes was first elected to the Maryland Senate in 2018, and has represented the 40th Legislative District of Maryland since January 9, 2019. His legislative service prior to being elected State Senator was as a Member of the Maryland House of Delegates from 2015-2019.

Through legislation he sponsored, the West North Avenue Development Authority was established in 2021 to work in coordination with residents to create a comprehensive neighborhood revitalization strategy for an area that never fully recovered from the 1968 riots.  Senator Hayes, along with community members, the President of Coppin University, Dr. Anthony Jenkins and other stakeholders serve on the Authority.

He is native Baltimorean living most of his life in the district in which he serves.  He is a graduate of Frostburg State University, with a B.S. in Political Science.

His professional career includes serving as Legislative Aide to Delegate Salima Siler Marriott of Baltimore, Director of Legislative Affairs for Baltimore City Council President from 2003-2006.  From 2007-2010, he served as Assistant Deputy Mayor of Administration.  He currently serves in the Baltimore City Department of Social Services.

Senator Hayes is married to Dr. Jenny Pena Dias and as of February 2022 they have a son, Antonio Agapito Hayes. 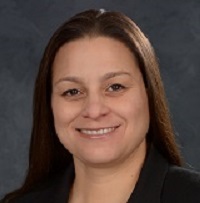 Lorena de Leon, B.S. '10, MBA '13, D.P.A. '20, has over 25 years of clinical and operational experience including program development, strategic planning, digital health and technology, and affordability/cost savings. She is currently the Sr. Director of Population Health and Social Determinant of Health for Maryland Physicians Care, the third largest Medicaid managed care organization in the state of Maryland. She has worked for and lead initiatives for organizations including United Healthcare, Optum, Johns Hopkins, and the Office of Healthcare Quality. Lorena holds a bachelor’s degree in business management, an MBA in healthcare management, and a Doctor of Public Administration from The University of Baltimore. She also holds a Certificate in Value-Based Care from the University of Houston and is a Certified Lean Six Sigma Green Belt. 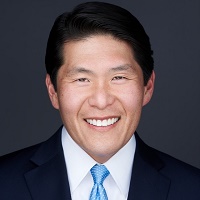 Robert K. Hur is a partner in the Washington, D.C. office of Gibson, Dunn & Crutcher, and Co-Chair of the Firm’s Crisis Management Practice Group. A seasoned trial lawyer and advocate, he brings decades of experience in government and in private practice, including service in senior leadership positions with the U.S. Department of Justice, to guide companies and individuals facing white-collar criminal matters, regulatory proceedings and enforcement actions, internal investigations, and related civil litigation. He is also a member of the firm’s White Collar Defense and Investigations Practice Group and the National Security Practice Group.

Prior to joining Gibson Dunn, Mr. Hur served as the 48th U.S. Attorney for the District of Maryland. Presidentially appointed and unanimously confirmed by the U.S. Senate, he served from 2018 to 2021 as the chief federal law enforcement officer in Maryland, setting strategic priorities for and supervising one of the largest and busiest U.S. Attorney’s Offices in the nation. Before serving as U.S. Attorney, Mr. Hur served as the Principal Associate Deputy Attorney General with the U.S. Department of Justice in Washington, D.C. from 2017 to 2018. 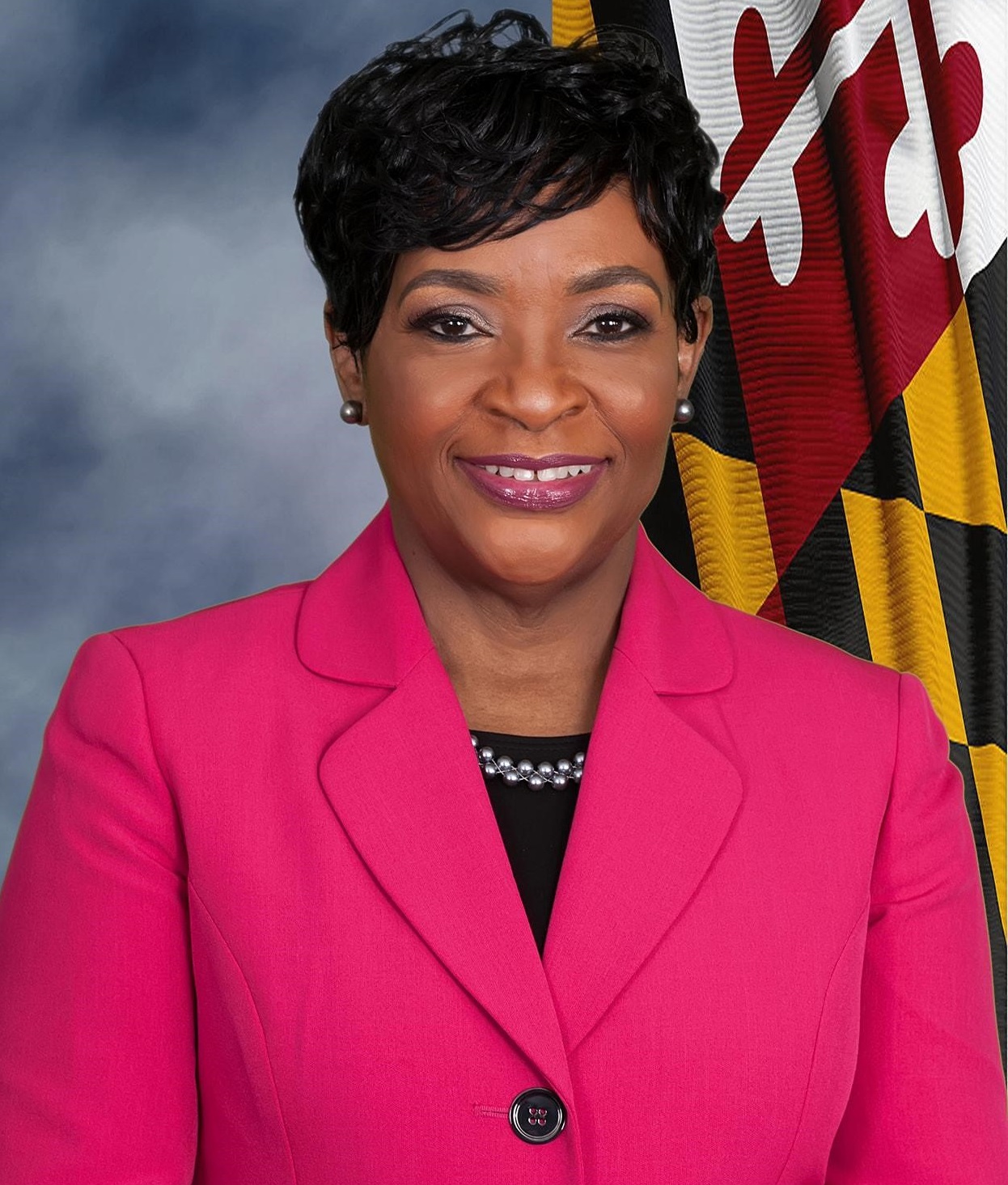 Since becoming Speaker, she has led the Maryland House of Delegates in passing some of the most consequential bills in a generation.  Speaker Jones ushered through The Blueprint for Maryland’s Future, a 10-year plan that makes the largest investment in education in Maryland history. She implemented the nation’s first comprehensive statewide policy agenda for racial and economic justice and made transformational police reforms including making Maryland the first state in the nation to repeal the Law Enforcement Officers’ Bill of Rights. At the height of the COVID-19 pandemic, she led the legislature in passing the RELIEF Act, which made Maryland’s earned income tax credit (EITC) the highest in the nation and allowed Maryland’s nearly 86,000 immigrant tax payers to benefit from this critical pandemic relief.

Prior to being Speaker, Speaker Jones also held the distinction of being the first African American woman to serve as Speaker Pro Tem in the Maryland House of Delegates, serving in that capacity under Speaker Mike Busch for 16 years. Speaker Jones served on the House Appropriations Committee, and was Chair of the Capital Budget and Education, and Economic Development Subcommittees.  She has been a delegate since 1997.

In February 2019, Speaker Jones received the Casper R. Taylor, Jr. Founder’s Award, the highest award given to a member of the House of Delegates, recognizing her steadfast service.  She has three times been named to the “Top 100 Women in Maryland” by the Daily Record and was inducted into the Circle of Excellence for Sustained Achievement.  Most recently she was selected along with 25 female legislators for Governing Magazine’s Women in Government Leadership Program Class of 2016.  As the first Executive Director of the Baltimore County Office of Fair Practices and Community Affairs, she faithfully served the citizens of the County for over 37 years.  She served as Deputy Director of the Baltimore County Office of Human Resources until her retirement from service in Baltimore County Government on June 30, 2014.  During her civil service career, she worked with diverse populations of the County with dedication and sensitivity, providing a listening “ear” to individual citizens, business owners, religious leaders, and elected officials.  She is the Founder of the Annual Baltimore County African American Cultural Festival, now in its 21st year.

Speaker Jones was born in Cowdensville, Maryland, a historic African-American community located near Arbutus in Southwest Baltimore County.  She attended Baltimore County Public Schools, graduating from Lansdowne High School and is a proud alumna of the University of Maryland Baltimore County (UMBC) where she received her Bachelor of Arts Degree in Psychology.  She attended The National Security Seminar, U.S. Army War College in 2007.  In 2008, she received an Honorary Doctor of Law Degree from Goucher College in Towson, Maryland. She is the mother of two adult sons and proud grandmother of two wonderful grandchildren, Jalen and Janelle Jones.

Watch the recording of Adrienne A. Jones. 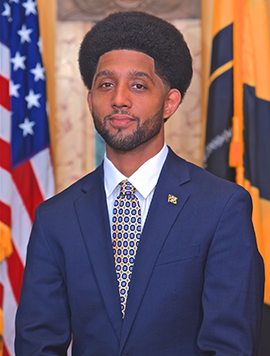 Brandon M. Scott is the 52nd Mayor of Baltimore, working to end gun violence, restore the public’s trust in government and change Baltimore for the better.

During his first term, Scott emerged as a leading voice in reducing violence in Baltimore and reinstated Council Oversight of the Baltimore Police Department by holding quarterly hearings. He believes that reducing violence will require a holistic, all-hands-on-deck approach, one that recognizes violence is fundamentally a public health issue. Scott led legislative initiatives that created extensive crime data sharing and online reporting of crimes by the Baltimore Police Department. In 2016, Scott introduced and passed legislation creating an open data policy in Baltimore.

In early 2018, then-Councilman Scott introduced and passed monumental legislation on equity in Baltimore. His equity assessment program law will require all city agencies to operate through a lens of equity and require all operating budgets, capital budgets, and proposed legislation to be weighed through an equity lens. That legislation is in the early stages of implementation.

Mayor Scott is a rising star in politics. He was a member of the Young Elected Officials Network and served as the Secretary of Housing and Urban Development for YEO’s America’s Cabinet. He also served as the Chair of the National League of Cities' Large Cities Council.

Mayor Scott is a community leader, public servant, and lifelong resident of Baltimore City. A proud Baltimorean, Scott is a graduate of MERVO High School and St. Mary’s College of Maryland. He lives in Baltimore’s Frankford neighborhood in Northeast Baltimore. 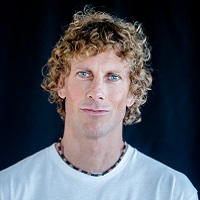 April 6, 2022: Thibault Manekin, speaker, entrepreneur, co-founder of Seawall Development and author of Larger Than Yourself

From the time he was little growing up in Baltimore City, Thibault wrestled to understand why we as human beings seemed so divided. He continued to ask himself what truly causes those divides that separate races, cultures and communities, and can anything be done to bridge them?

Armed with that burning question, in 2002, Thibault traveled to South Africa, where he combined his passion for bringing people together with a love of sports to help create PeacePlayers, a nonprofit with the mission of bringing together children from war-torn countries around the world through basketball and dialogue. PeacePlayers has since worked with over 75,000 youth from over 20 countries around the world and has trained over 2,000 coaches/change agents. The program has won numerous global awards, including the 2007 ESPYs Arthur Ashe Courage Award.

Bothered by how real estate and the control of land seemed to have done more to divide us as people than actually bring us together, in 2006 Thibault moved back to Baltimore where he helped start Seawall, an impact driven company made up of passionate social entrepreneurs who believe in re-imagining the real estate industry as we know it.  Seawall believes that all facets of the built environment should be used to empower communities, unite our cities, and help launch powerful ideas that create important movements. Since its inception, the company has focused its energy and resources on providing discounted apartments for teachers, collaborative office space for non-profit organizations, workforce housing, community-driven retail, public markets, launchpads for chefs, and creative space for charter schools. In 2011, Thibault was honored by President Obama’s White House as a Champion for Change and Seawall’s projects have received numerous local and national awards.

Most importantly, Thibault is the proud husband of Lola Manekin and the father of Durban and Finley Manekin.

Watch the recording of Thibault Manekin. 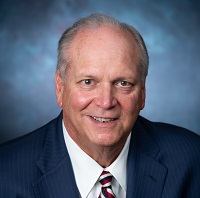 Donald C. Fry, J.D. '79, is President & CEO of the Greater Baltimore Committee, a position he has held for 19 years, making him the second longest serving President & CEO in the organization’s 67 year history.

Mr. Fry began his tenure with the GBC in April, 1999 when he joined the organization as Executive Vice President and General Counsel. He served in that role until November 1, 2002 when he was named President & CEO. Prior to joining the GBC, Fry maintained a private law practice in Harford County.

Fry is a 1979 graduate of the University of Baltimore School of Law. He earned a B.S. in political science from Frostburg State College.

Fry’s civic work during the past 23 years is expansive. Among the dozens of boards, commissions, task forces and other entities Fry has served on are include: Towson University Board of Visitors (active); Search Committee that helped select a new president and athletic director for Towson University; United Way of Central Maryland (Campaign Chair); Maryland Port Commission; CollegeBound; Visit Baltimore; the Downtown Partnership of Baltimore; Harford Mutual Insurance Co. Board of Directors (active); University of Maryland R Adams Cowley Shock Trauma Center Board of Visitors; President of Star Spangled 200 Celebration, and Chair of the Video Lottery Facility Location Commission charged with selecting the location and operators of the state’s casino locations. 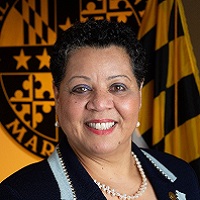 Stacy L. Rodgers, M.P.A. '99,  has more than 30 years of experience in working with federal, state, and local government agencies and non-profit organizations where she has successfully designed, implemented and overseen innovative programs and initiatives. In March 2019, Stacy became the first African-American and second woman appointed to serve as the Baltimore County Administrative Officer (CAO). She is responsible for directing the County’s day-to-day operations and providing oversight for the County’s nearly $4 billion dollar operating budget. Baltimore County is the 3rd largest jurisdiction in Maryland, with a population of more the 850,000 residents.