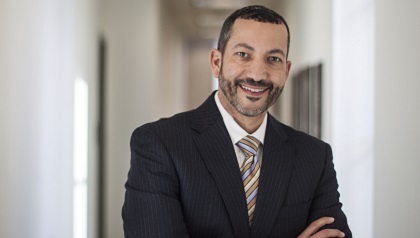 
Al Gourrier was born and raised in New Orleans, Louisiana. He holds a B.A. in Finance, and a Masters in Business Administration (M.B.A.) from the University of Nevada Las Vegas, he is a graduate of ABA’s Stonier Graduate School of Banking at Georgetown University, and holds a Ph.D. from the University of Nevada Las Vegas’ Greenspun College of Urban Affairs. Prior to pursuing an academic career, Al had a successful 19-year banking career in Las Vegas, Nevada, including serving as Founder and President of 1st Commerce Bank.

Al’s research focuses on local governments with an emphasis on urban policy, including government expenditures and issues related to income inequality. Al’s research has been presented at annual conferences of the Urban Affairs Association, Southern Political Science Association and the Midwest Political Science Association. His conference papers have focused on the relationship between the metropolitan core centers and their surrounding local communities. He and his colleagues have recently publish an article titled “Explaining County Government Fiscal Transparency in an Age of e-Government” in the September 2014 edition 46 (3) 173-183 of the State and Local Government Review journal.

Al has been an active member of his community serving on multiple local and national boards, he regularly participates as a mentor in the community and serves as a consultant for small business lending and economic development. Al and his wife Marla Gourrier have been married for nineteen years and have four children together.