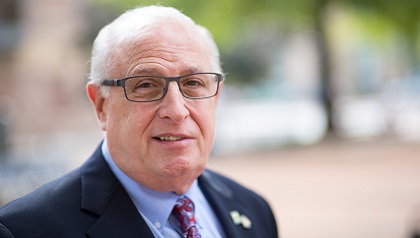 Alan Stevan Weisman is a native of Baltimore, Maryland. Born April 14, 1948, he attended public school in Baltimore City and graduated from Forest Park High School in 1966. Throughout high school, Alan was active in intramural sports, especially baseball, and participated in the academic program at Forest Park. With education being of utmost importance, even in the height of the Vietnam War, Alan attended the University of Baltimore and graduated with a Bachelor of Science Degree in Business Management in 1971. Alan once again attended the University of Baltimore and attained his Master of Arts Degree in Legal and Ethical Studies in 1991.

Alan’s professional career in the healthcare industry began in 1970 as an entry level accounting clerk. From this position, he moved into management roles where he worked in the Baltimore area at Sinai Hospital, University of Maryland Medical Center and University of Maryland Midtown Medical Center (formerly Maryland General Hospital). In 2005, he was recruited by Children’s National Hospital in Washington, DC, as its first Administrator of the Heart Institute, coordinating the business and clinical operations for Cardiology, Cardiovascular Surgery, and Interventional Cardiology. Alan had a special interest in assisting the under insured and uninsured patient population in his role at Children’s. He has focused on the problems faced by this often neglected category of people throughout his career. One of his primary responsibilities at Children’s was to assist patients with insurance issues and work closely with families to resolve coverage problems.

Alan began his teaching career in 2012 at the University of Baltimore in Health Systems Management, where he is currently employed as full-time faculty and the undergraduate program director of the Health Management Program.

Alan earned his Board Certification in Healthcare Management in 2004, becoming a Fellow in the American College of Healthcare Executives (FACHE).

Alan served as President of the Maryland Association of Healthcare Executives (MAHCE), from 2013-2015 and ACHE Regent for Maryland, from 2017-2020. He is currently an active member of the MAHCE Board, participating in the decision-making process affecting the organization. He is passionate about working with those in need and advocating for patient rights, as evidenced by his roles in the healthcare field.

Alan has four daughters, four son- in- laws and nine amazing grandchildren.  Alan is married to Tessa and currently resides in Millville, Delaware. He loves to spend time with his family and travel to new locations.