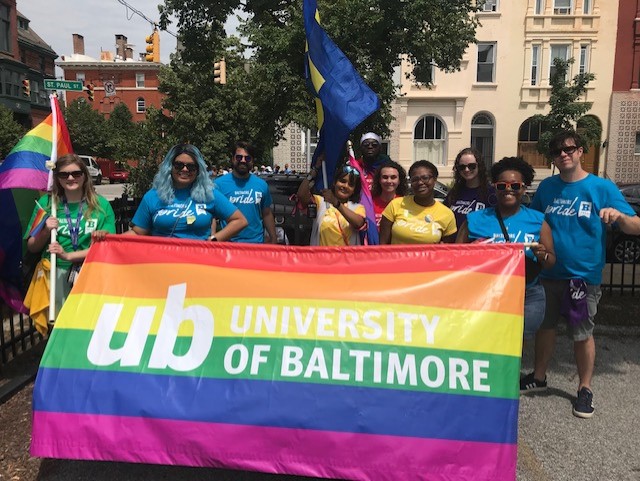 Each June, the Rosenberg Center for Student Involvement celebrates our LGBTIA+ faculty, staff, and students by participating in the Baltimore Pride Parade.

About the Baltimore Pride Parade

Maryland's largest Pride Parade, GLCCB sponsors and produces the annual Baltimore Pride® Parade to commemorate three nights of civil unrest known as the Stonewall riots lead by Marsha P. Johnson. These riots occurred in late June 1969 in response to official harassment by the New York City Police and are considered the birth of the movement for equal rights and liberation for gay, lesbian, bisexual and transgender people. Many communities in the U.S. and around the world hold Pride celebrations in June in memory of Stonewall. Thank you for joining us in celebrating our history and promoting equal rights for all Americans without prejudice. For more information email engagement@ubalt.edu.

Clear
Back to Inclusion
Last Published 12/3/21