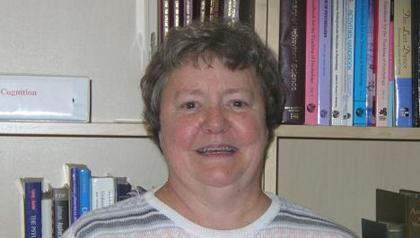 I started out as a language junkie.  I studied three of them in high school and three more in college, and then I went on to receive my Ph.D. in an obscure field called comparative literature whose practitioners insist that, if you are going to teach and write about Greek or Russian literature, you had better be able to read Russian and ancient Greek. So I racked up
three more languages in graduate school and became fascinated with the study of language as a lens into human behavior within and across cultures.

I came to the University of Baltimore in 1975 from UMES to teach classics to the English majors and rhetoric and humanities to everyone else.  Except for a brief detour to Rutgers in the late 1970's, I have spent my whole career here, watching the school go from four-year to two-year to four-year, watching my students become my colleagues and, now, teaching my students' children.

My scholarly interests are diverse and wide-ranging. I have written books on dramatic theory, on technical and business writing, on theology and religious practice, and on higher education for the 21st century. In my primary academic field of literature, I work largely at the intersection of drama with psychology. My current work centers around the interdisciplinary study of human behavior in language and literature—in particular, on drama and conflict resolution theory and on drama as a form of behavior modeling.

I am still the house linguist in the Klein School of Communications Design. I teach Syntax, Semantics & Style and The Archaeology of Language, courses I developed as part of the Writing Programs, as well as literature, writing, and art. I teach psycholinguistics, visual and verbal rhetoric, and the history of ideas. I continue to study the errors people make in their own language and to watch with wonder the earthshaking changes that the internet has brought to the world of words.