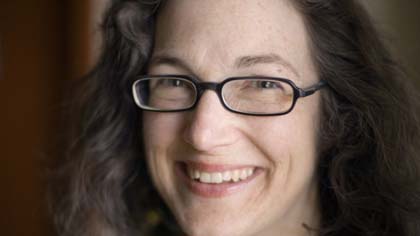 
UBalt is a place where collaboration is celebrated. Several years ago, as we approached the 40th anniversary of the urban unrest that followed the assassination of the Rev. Martin Luther King Jr., I worked with then-fellow UBalt historian Jessica Elfenbein and Langsdale librarian Tom Hollowak to develop a way to commemorate this important event in our city's history. We enlisted a community artist, Christina Ralls; faculty from UBalt's law and business schools; community members; and, most importantly, UBalt students to create the Baltimore '68 project.

We conducted oral histories, developed a driving tour, held a community conference and ended up publishing an anthology, Baltimore '68: Riots and Rebirth in an American City (Temple University Press, 2011). We are proud that our work won the National Council on Public History Outstanding Public History Project Award and the American Association for State and Local History Award of Merit and WOW Award. The anthology chapter I co-wrote with Deborah Weiner from the Jewish Museum of Maryland won the Joseph L. Arnold Prize for Outstanding Writing on Baltimore History.

The Baltimore '68 project demonstrated to me the importance of learning about history from a variety of perspectives. I have continued that approach as I have researched the history of local institutions including the founding of the People's Free Medical Clinic (now the People's Community Health Center), the long process of desegregation in Maryland's public schools and the demise of Baltimore's City Life Museums. I always try to involve my students in my research, and as they talk to community members and their own families about topics of recent history, they learn techniques of collecting oral histories, transcribing them and using primary documents to put them in historical context.

I am glad to be at a place like UBalt where people think and work across disciplines and where we feel that history should help a community understand itself.