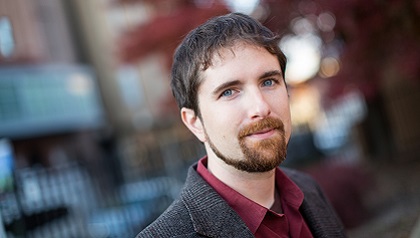 I began taking psychology courses as an undergraduate student to gain a better of understanding the inner workings of the human mind. As I learned more, I began to wonder how we humans could be so sophisticated, yet also prone to making silly mistakes on a regular basis. We can remember the details from a conversation that took place years ago, yet we are frequently biased, distracted, impulsive and unable to regulate our emotions. This puzzle was finally resolved for me after taking a course in evolutionary psychology. I came to realize that our brains have amazing built-in potential, but that our evolutionary history has shaped our brains to be very good at certain tasks while leaving us relatively unprepared for many of the challenges we now face.

This new perspective led to a fascination with all things related to evolution and the brain. I entered a graduate program in biopsychology at the University at Albany and utilized a variety of research techniques with both human and animal participants. In particular, I took an interest in the ways early development may shape an individual’s behavioral predispositions later in life. A stressful early environment might, for example, lead a person to become more impulsive as an adult. Growing evidence implicates epigenetics in this process, which operates in-between what psychologists typically view as ‘nature’ and ‘nurture.’

After obtaining my degree, I accepted a visiting assistant professor position at Hamilton College. There I continued my developmental research while also exploring a phenomenon known as contrafreeloading. This phenomenon occurs when a creature works for a reward that is freely available, such as a rat pressing a lever to obtain food that is also available from a dish. By examining contrafreeloading in rats that are exposed to various drugs, I was able to enhance our understanding of the underlying neurobiology of this counterintuitive behavior.

I joined UBalt’s Division of Applied Behavioral Sciences as an assistant professor in the fall of 2014. I hope to continue to develop as an instructor while teaching on topics that truly interest me. I also hope to expand my human developmental work in Baltimore by looking at the early environment down to the neighborhood level. The enormous variability between different neighborhoods in the city provides an opportunity to explore which local variables early in life are most influential on a person later as an adult. More broadly, I will continue to probe behaviors that seem maladaptive or counterintuitive, but that might serve an adaptive function in certain evolutionary contexts.