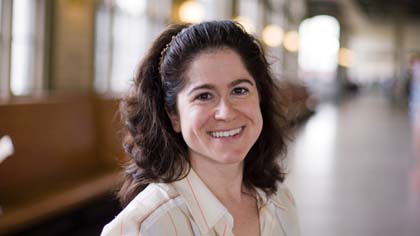 After completing a master’s thesis on an obscenity trial involving translations of Emile Zola from French to English, I decided to switch gears. The next task was to create a dissertation project, and I had to design a topic that would keep my interest for up to five years (more-or-less the average time it takes to complete a history dissertation in the United States). I still wanted to do Anglo-French history, but the question was, with which materials? Meditating on the problem, the idea came to me that I was fascinated by old photographs. They seem so mysterious and so beautiful or sad. I can never resist pondering the fates of the people they contain. So, I decided to pursue a comparative analysis of the history of photography. I was curious about photographs’ ability to reveal and conceal information. But most of the literature on the subject failed to answer my questions about how photography became so widespread or how the practice evolved over time. I had found timelines, a handful of inventors, and exhibition catalogs, but very little global explanation. At the time, there was no social history of photography.

My doctoral research led me to fascinating Victorian networks of amateurs and studio photographers, artists and tinkerers, printers and scientists. While doing research in Lille, a northern town in France, I realized that much of this activity came to an abrupt halt in 1914, when the First World War broke out and Lille (and much of northeastern France) was invaded by the German army.  Germany invaded France in 1914 because the latter was an ally of imperial Russia, whom Germany had committed to fight with Austria. The flourishing of photographic experimentation stopped. Instead, the French army would use photography in its wartime propaganda regime. I was struck by how photographic images of French women in distress helped to justify the continuation of an unprecedentedly destructive war. The gender of war and photography became the subject of my first book, an open-access volume published by St. Andrews University.

Historians’ research experiences lead to ever-more questions about the past.  Why didn't the French army employ women photographers to document the civilian efforts on the home front? Women needed jobs while husbands and fathers were away at war.  For that matter, why do we not see more early women photographers discussed in the historical literature before 1914? These questions, which led me back to the men of my dissertation, to photography in America, and back to France and Britain, are the subject of my second book, The Gender of Photography .

I love incorporating photography and visual culture into my teaching, too. I was fortunate enough to develop teaching methods as a new professor at Morgan State University, George Mason University, and University of Maryland, Baltimore County, before arriving at UBalt in 2009. The Division of Legal, Ethical and Historical Studies is a great place to teach courses on the ethics of war photography and gender. I am proud to be a part of UBalt’s tradition of interdisciplinary learning. My UBalt courses include European history, art history, and Ethics in Business and Society.