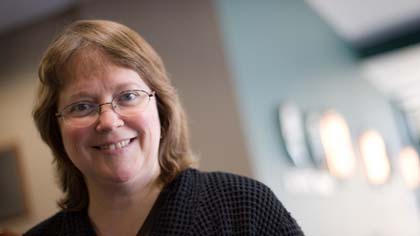 professor, School of Health and Human Services and School of Public and International Affairs

I became interested in studying health care while I was in college. It started in a women’s history class, while I was writing a paper that examined the relationship between midwives and physicians in a struggle for professional dominance.

I discovered my love of research during my senior year while digging through the dusty basement stacks at the Countway Library of Medicine at Harvard Medical School, looking for medical articles from the 1800s that discussed the uses of electricity in medicine. I was looking for clues regarding the concerns of the American people during the 19th century and possible solutions involving the application of a then-new technology: electrotherapeutics. Patients and physicians alike believed electricity, considered the "life force," to be a cure for almost all medical and social ills. I explored the far-reaching and varied applications of this technology as a window into the mindset of the time period.

When I emerged from the basement in the library, I was looking up at the Harvard School of Public Health. I realized immediately that I wanted to become involved with more contemporary issues in the health-care field. So I enrolled in the school and earned a master’s degree in health policy and management and then a doctoral degree in health economics. While in graduate school, I was able to work and study with many leaders in the health field. I was part of the research team that developed the Medicare physician payment system that is still being used today.

During that time, I became especially interested in issues surrounding access to care for vulnerable populations. My current research still revolves around that theme, whether it is access to care for people with disabilities or disparities in health-care quality. I still enjoy doing research, but an Internet search engine is a far cry from the dusty basement stacks where I started.