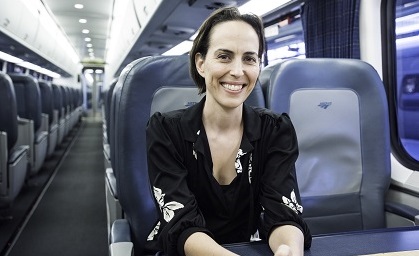 Sarah Federman integrates business savvy with peacebuilding wisdom. She uses narrative and ethnographic methods to understand the role of businesses in mass atrocity and amends-making. She came to the University of Baltimore after completing her doctorate at George Mason University’s School for Conflict Analysis and Resolution as a Presidential Scholar. Federman is also a Fulbright Specialist in Peace and Conflict and a regular guest instructor at the Foreign Service Institute at the U.S. Department of State. She has taught additional courses at SciencesPo and Grinnell College and given invited talks at Harvard University, Johns Hopkins University, McGill University and others.

Her forthcoming book, The Last Train to Auschwitz: The French National Railways and the Journey to Accountability (2021), considers the role of the French National Railways (SNCF) in the World War II Holocaust deportations and the conflict that continued in the United States over whether the company has done enough to make amends. Her findings draw on archival research, over 120 interviews and pro bono work with the U.S. House of Representatives and U.S. Department of State. Fondation pour la mémoire de la Shoah, Kathryn Davis Foundation, George Mason University, the Carey Institute for Global Good and the Amtrak Writing Residency provided support.

When writing about corporate accountability, Federman draws on her decade-long career as a senior advertising executive. Based first in Manhattan and then in Paris, Federman negotiated with companies throughout North America, Europe, the Middle East, Africa and Asia. She has presented at Google, NFL, Viacom, Expedia, Discovery and most of the world’s largest advertising agencies. She completed Harvard Business School’s Key Executive Program.

Federman is fluent in French.

Her website Language of Conflict discusses the role of language in framing conflicts and as a result, the approaches taken for their resolution.