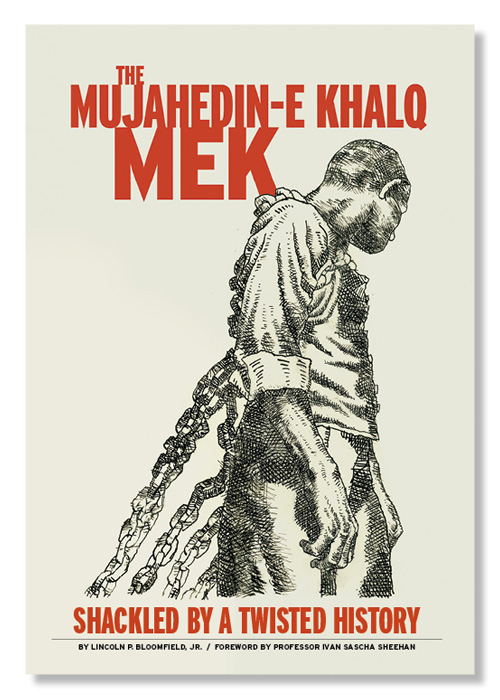 From The Mujahedin-e Khalq (MEK)—Shackled by a Twisted History:

"[The United States] should undertake a thorough counterintelligence review given that the MEK dossier has been so extensively manipulated. People who are fond of drawing alarmist comparisons between the MEK and the Iraqi exiles who misled the US in securing its support prior to the 2003 Iraq intervention are right in one respect: US intelligence was faulty in both instances."
-Amb. Lincoln Bloomfield Jr., author

"Bloomfield's report is the most comprehensive and compelling rebuttal to the US Government file on MEK to date and it is certain to shift Washington's view on the nature and history of Iran's political resistance....

"Washington's Clinton-era decision to succumb to Iranian demands to contain their opposition was intended to secure Tehran's compliance with international norms. It backfired. The decades-long struggle to please Tehran through negotiations and open-ended discussions only telegraphed weakness."
-Ivan Sascha Sheehan, UBalt professor


Ambassador Lincoln P. Bloomfield Jr. has published a new monograph entitled The Mujahedin-e Khalq (MEK)—Shackled by a Twisted History through the University of Baltimore College of Public Affairs. Bloomfield, a former defense and foreign policy official who has served three presidents over five administrations in the Pentagon, White House and State Department, has produced a scholarly history about the MEK. The story of this group, which was formed by student intellectuals during the 1960s to oppose the Shah of Iran but became an enemy of the clerical regime of Ayatollah Khomeini after the revolution, was twisted by U.S. officials in a misguided attempt to engage and appease the Iranian government. The work includes a foreword by Ivan Sascha Sheehan, assistant professor and director of the graduate programs in Negotiation and Conflict Management as well as Global Affairs and Human Security in the University of Baltimore's College of Public Affairs.

The monograph is receiving widespread critical praise from former U.S. officials who are familiar with the long-standing issue of this opposition group and its mislabeling by the U.S. government:

"Ambassador Bloomfield's objective and thorough review of the history of the [MEK] since the early 1970s is a study that needs to be read by all. His work will be particularly useful to those in our administration charged with developing policy that is fair and consistent with the facts," said former National Security Advisor General James L. Jones.

"This study portrays—devastatingly—how bureaucratic commitment to a point of view … can drive some within that bureaucracy to fight the impingement of inconvenient reality on their policy-driven view of the world," said former U.S. Attorney General Judge Michael B. Mukasey.

Writing in The Baltimore Sun, Amb. Mitchell Reiss, president of Washington College and former director of policy planning staff at the U.S. State Department under Secretary Colin Powell, said, "Mr. Bloomfield's book raises painful questions about the limits of (and the public's tolerance for) the dark dealings of realpolitik in an age of near total transparency." ("How the U.S. hung a potential Iranian ally out to dry," June 3, 2013.)

In The Washington Times, former Secretary of Homeland Security Tom Ridge strongly endorsed the book. ("The friends left in the shadow of war," July 17, 2013.)

The Mujahedin-e Khalq (MEK)—Shackled by a Twisted History is available at Amazon.