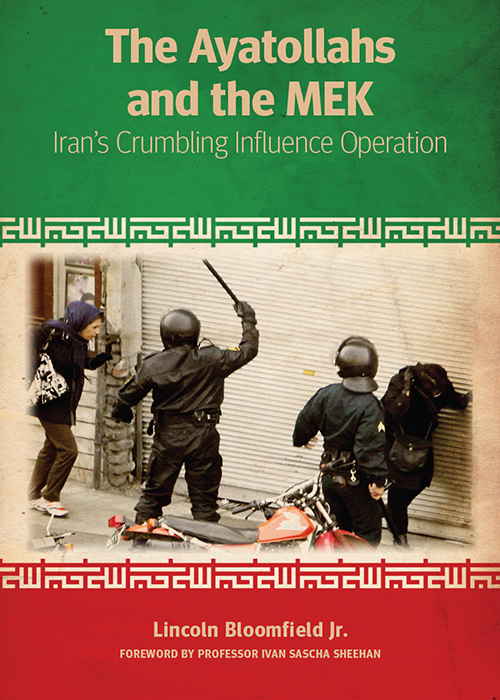 From  The Ayatollahs and the MEK–Iran’s Crumbling Influence:

"Since the Mossadeq coup of 1953, no moment in Iran's modern history—arguably, not even the hostage crisis—has been more fraught with lasting implications than June 20, 1981, when Iran’s political space was, yet again, extinguished, this time with a stunning turn by the regime to bloodshed. Moral judgments have long rested on corrupted accounts of the MEK's resistance to clerical rule. The truth is well-documented: Khomeini and his circle, their primacy threatened by Bani-Sadr's and Rajavi's determined advocacy of democratic rights and the surging popular sentiment behind them, resorted to force….

"Scholars are not wrong to point out the mass appeal that
Khomeini had held at the time he returned to Iran, as a seemingly humble, honest figure tapping the public's appetite for a return to Islamic virtues. But the truth is that the mullahs and their supporters, having ridden the Iranian
revolution to power, ended up betraying it. They shot their way to power, and since that fateful day in June of 1981, they have relied on lethal force and coercion, not popular will, to maintain it."

"In the pages that follow, Ambassador Lincoln P. Bloomfield, Jr. presents breaking revelations and documents compelling evidence that the Islamic Republic of Iran's organized opposition, the Mojahedin-e-Khalq (MEK), and its parliament-in-exile, the National Council of Resistance of Iran (NCRI), have been falsely portrayed in Washington for years. A careful examination of the facts supports this conclusion and tells a very different story than the one authored by Tehran and too often echoed in Washington."

Ambassador Lincoln J. Bloomfield Jr. has published a new monograph,  The Ayatollahs and the MEK–Iran's Crumbling Influence Operation , through the University of Baltimore College of Public Affairs.

Bloomfield, a former defense and foreign policy official who has served three presidents over five administrations in the Pentagon, the White House and the U.S. State Department, is the author of a 2013 study of the MEK,  The Mujahedin-e Khalq (MEK)–Shackled by a Twisted History , also published by the University. The story of this group, which was formed by student intellectuals during the 1960s to oppose the Shah of Iran but became an enemy of the clerical regime of Ayatollah Khomeini after the revolution, was twisted by U.S. officials in a misguided attempt to engage and appease the Iranian government. Bloomfield has also prepared testimonies about the MEK for hearings before the House Committee on Foreign Affairs, Subcommittee on Oversight and Investigations and Subcommittee on the Middle East and South Asia.

Like the 2013 monograph, this work includes a foreword by Ivan Sascha Sheehan, associate professor and executive director of the School of Public and International Affairs in the University of Baltimore's College of Public Affairs; Sheehan specializes in global terrorism, counterterrorism, U.S. foreign policy, and international conflict management.

Former senior leaders in national security, counter-terrorism and law enforcement are offering praise for The Ayatollahs and the MEK:

"The surest way to kill a lie is to pour truth on it.  In this monograph, both methodical and compelling, Lincoln Bloomfield Jr.—who served in national security positions in both the State and Defense Departments of three presidents—kills at least six lies about the MEK, an organization of Iranian dissidents dedicated to replacing the theocratic tyranny of the mullahs in Tehran with a republic committed to democracy and gender equality. These accusations range from the bizarre—that the MEK promotes an extremism rooted improbably in both communism and Islam—to claims of violence against Americans and the Iranian people, and suggests that the laziness of journalists who will not examine these canards critically is exploited by regime sympathizers in the United States. This essay should be read by anyone concerned about the security of the United States and the world."

"Once again, Ambassador Bloomfield has brought clarity and truth to the forefront of one of the most embarrassing episodes of our involvement in Iraq. Our 'non-action' policy was one which inflicted great damage to our national moral authority on human rights issues, tacitly enabling the overt (but under-reported) massacre of hundreds of innocent men and women on the orders of both the Iraqi and Iranian governments, all in the misguided and false hope that the persecution of the MEK would curry favor with the regime in Iran. For anyone who continues to believe the lies regarding the only opposition group Tehran truly fears, Ambassador Bloomfield's essay is necessary reading. For our diplomats and elected leaders, it should be required reading."

"There was no credible factual or legal basis for putting the MEK on the FTO list in 1997.  Unfortunately, it was a misguided foreign policy gimmick by the Clinton Administration to curry favor with the Tehran regime, and to pave the way for some fantasy US-Iran 'rapprochement.' In addition to murdering 19 US Airmen at Khobar Towers in 1996, and relishing its role as the largest state exporter of terrorism, the mullahs never had any intention to act as a lawful nation state. Conversely, the MEK saved countless US military lives in Iraq, and has been thanked and praised by America's senior military leaders."

Download a free copy of The Ayatollahs and the MEK–Iran’s Crumbling Influence Operation .

A Farsi translation of the monograph will be available shortly. Check this page for details.