As the public relations director for the Maryland Zoo in Baltimore, Jane Ballentine, M.A. ’91, worked with architects, animal handlers, the media and more to reach the final unveiling of the zoo’s new Penguin Coast exhibit.

The $11 million initiative opened in September, providing a 2,000-square-foot home for the zoo’s beloved South African penguin colony in a 1.5-acre setting. Popular with guests, the colony is part of a global effort to save the birds—whose population has dropped 90 percent in the last century, according to the Center for Biological Diversity—from extinction.

Q: What was your involvement with Penguin Coast?
A: It was a multiyear project from conception of the idea to the animal department meetings and meetings with architects and engineers to final construction. I worked with the local media on introductions to the exhibit. We had folks come out at the beginning of construction, then we did a hard-hat tour last summer and finally planned the opening ceremony. We also did television spots on our local CBS and NBC affiliates with Winnie the penguin, one of our ambassador animals.

Q: How do the penguins like their new home?
A: Staff moved all 58 penguins in stages, taking them in smaller groups over time. We brought the young ones first, so they could get a feel for it, and then the older ones. Each group came out like, “Hey, I’m in this alien world. What have you done?” Then, when they saw the other penguins swimming in the pool, they would just hop in the water and start exploring. It was pretty amazing to watch.

Q: What special care do they receive?
A:  The penguins are all hand fed, so staff can tally the type and amount of food each individual eats. One keeper will stand with a chart and note everything that they are eating while the other keeper feeds them. So we know if a penguin’s eating too much, it might be getting ready to lay an egg, or it could be about time to molt, which is perfectly healthy and natural. If they are eating too little, that is also noted, and keepers might ask the vets to take a look at the bird. We keep a close eye on them, just as we do every animal in our care. 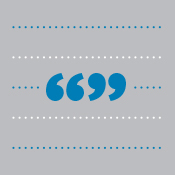 You never know where you’ll run into a fellow alum, perhaps even among Baltimore’s Marching Ravens.