Breaking up is hard to do, and in seeking an emotional outlet post-relationship, English major Derick Ebert tried his hand at spoken-word poetry for the first time in spring 2014. He was taken with it instantly and began crafting poems that tackled subjects from his biracial background to his views on police brutality.

Only a year and a handful of poetry slams later, the then-sophomore was named Baltimore’s first-ever youth poet laureate in April after winning a competition sponsored by the mayor’s office, the Enoch Pratt Free Library and the nonprofit Dew More Baltimore. The win came complete with a cash prize, a book deal, a city tour and the responsibility of giving a voice to the city’s youth while also encouraging that same audience to become more engaged in the arts.

Since then, the 19-year-old has performed for U.S. Poet Laureate Natasha Trethewey, toured libraries and schools with his fellow Baltimore City Youth Poetry Team members—many of whom he competed against for the title of youth poet laureate—and focused his efforts on introducing students of all ages to the art of expression through spoken-word poetry. Following the unrest in Baltimore after Freddie Gray’s death in April, the mayor’s office also called upon Ebert to add a youthful perspective to the ongoing discussion about the city’s future.

Ultimately, he hopes to earn his master’s degree and become a literature or creative writing teacher. In the meantime, he’ll continue working to inspire the next generation of writers. “I’m almost … I don’t want to say like a tool,” he says of his position as youth poet laureate, “but I’m just helpful for getting kids to want to write.”

An excerpt from Ebert’s poem “Black”:

For six years,
I have been reading
Between the lines
In a world
Completely color blind

But I’m still searching,
For what it means,
To be
Black 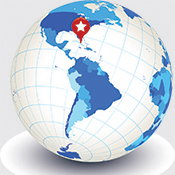 We put UB students, staff, faculty and alumni on the spot, asking them to share their advice for recent graduates. 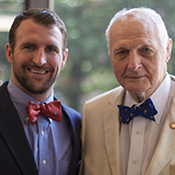 Billie Holiday and bootleggers are on the syllabus of this course on the social history of pop and the Baltimore music industry. 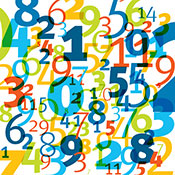