speakers took the stage at RipperCon, a conference on Jack the Ripper and other mysteries held in Baltimore in April, and one of them was Charles Tumosa, a UB criminal justice professor who presented “The Forensic Time Machine: Looking Backward”

students have joined the National Society for Leadership and Success, making the honor society—championed by UB’s Career and Professional Development Center—the largest student group on campus

officers, commanders and academy trainees attended lectures by Elizabeth M. Nix, associate professor in the Division of Legal, Ethical and Historical Studies, in February and September; her talks were part of the Baltimore Police Department’s “History of Baltimore Speaker Series,” which aims to give police a better understanding of the neighborhoods they serve

years is the amount of time Malcolm Bryant spent in jail before the UB School of Law’s Innocence Project Clinic helped use DNA evidence to overturn his case; all charges against him were dismissed May 11

The acclaimed journalist and commentator delivered a talk titled “Simon Says: An Intimate Discussion with David Simon, Former Baltimore Sun Reporter and Creator of The Wire” in March, sponsored by the Student Bar Association.

The vice president of business development and government affairs for Virgin Galactic spoke on “No One Has Traveled Here: The Story of Virgin Galactic” in April as part of the Merrick Engages series.

The New York Times bestselling author of The Patron Saint of Liars, Bel Canto and other novels held court at UB in April as the Klein Family School of Communications Design Visiting Writer, made possible by Michael Klein, B.A. ’76. 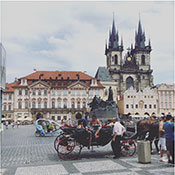 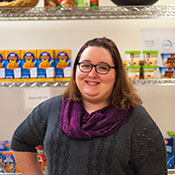 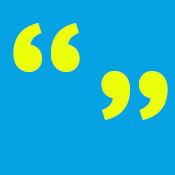