Did You Graduate From UB and Poly or City?

In the last issue of the magazine, we asked UB alumni who had also graduated from Baltimore City College to reach out to us, and we received a ton of emails—from both City and Poly alumni who later attended UB. There’s no doubt that the City-Poly rivalry is still strong!

We loved all of the responses and have shared several here. Keep them coming! Email or write to the Office of Alumni Relations, University of Baltimore, 1130 N. Charles St., Baltimore, MD 21201.

From Howard S. Maleson, B.S. ’63:
I was graduated from Baltimore City College in June 1958 and UB in 1963 with a B.S. in marketing. I have spent over 50 years in the advertising agency business, and have fond memories of both schools. I still wear my City ring, which I resurrected for my 50th reunion (had to get it enlarged). I also was a member of the Merrick School of Business board back in the eighties, when I also did some advertising for the school, back in the Dean Dan Costello days. I also am the executive producer of Square Off with Richard Sher which airs on Sundays, 11 a.m., WMAR ABC2, and Kurt Schmoke is a panelist on our show from time to time.

From Lawrence Brenner, B.S. ’71:
I read and greatly enjoy the University of Baltimore magazine every time it comes to me. I thought it would be a good idea to answer one of your queries from this month’s edition—graduates from BCC and UB. I graduated from Baltimore City College in 1961 and from the University of Baltimore in 1971. I look forward to reading the results and hopefully any article they may generate.

Thanks and keep up the good work and the quality of the school and the most informative magazine.

I wish to salute both institutions and say thank you for all that they invested in me and empowered me with. Additionally, I am the pastor of Brookston Missionary Baptist Church in Henderson, N.C.

From Bert Smith, M.A. ’85, former professor, Yale Gordon College of Arts and Sciences:
Can’t resist answering the call for alums of both UB and City College to respond to the brief appeal in the latest issue of the UB Magazine. I was not an outstanding scholar in junior high school, but when I got to City as a sophomore in the fall of 1958, I loved it immediately. This was exciting because I was in a class with other students in the nationally acclaimed Art Curriculum, which had produced graduates who went on to be award-winning artists and designers, and I finally knew what I wanted to do with my life.

I graduated in 1961, so I was bit ahead of Kurt Schmoke, who set all those records at quarterback a few years later. My three years at City prepared me for things to come as a graphic design major at the Maryland Institute and a design job at WJZ-TV in the seventies. Little did I know that I would decide to go back to school to get an M.A. from UB and have as my mentor and lifelong friend, Ed Gold, who graduated from the same City Art Curriculum in 1948! He has taught at UB since 1982. Or that I would be offered an adjunct position after graduating in 1985 and a full-time tenure track position a year later and teach in the Publications Design program from which I graduated for the next 27 years.

As I enjoyed telling my students when they were about to graduate, you just never know what life will offer, so be prepared when opportunity knocks!

From Tim Forloine, MBA ’96:
Reading my latest alumni magazine, I was taken aback that The High School in Baltimore City was not mentioned along with its rival! Please fix this even though Mr. Schmoke is the president! (In the spirit of the rivalry ...)

From Terri Davenport, B.A. ’00:
Hello. I read the article in the UB Magazine seeking students that have attended both schools. ... I graduated from City College in 1991 and I graduated from the University of Baltimore in 2000 with a B.A. in Psychology. I later graduated from Notre Dame of MD University in 2006 with an M.A. in Leadership in Teaching.

I absolutely love receiving and reading the magazine!! Thank you for “good reading!”

Did you graduate from both UB and Baltimore Polytechnic Institute? 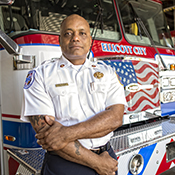 A chance encounter at the airport turned into a volunteer mission to Liberia. 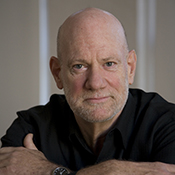