Other UB alums working in the world of information:

Other UB alums working in the world of information:

The University of Baltimore may not offer a degree specifically in library science, but that hasn’t kept a number of its alumni from carving out careers as librarians, working—as does the University itself—to expand access to art, culture and education through the science of providing information. Betsy Diamant-Cohen, D.C.D. ’05, has extended this opportunity to children as the brains behind the award-winning early learning program Mother Goose on the Loose.

It all began when Diamant-Cohen, who holds a Master of Library Science from Rutgers, the State University of New Jersey, and who had worked as a children’s librarian in the same state, moved to Jerusalem, Israel, married and had three children.

When her oldest was a toddler, she found her way to Your Baby Needs Music, a program developed by Barbara Cass-Beggs to teach music to children as young as infants. “Barbara had adapted songs for very young children, when most such programs were aimed at children 3 years and older,” Diamant-Cohen says. “My son, Alon, followed all of Barbara’s movements, anticipated what was coming and became more interactive and alert.”

Intrigued by the opportunity to expand her public library programs for 3-year-olds to younger children, Diamant-Cohen began exploring steps she could take to combine Cass-Beggs’ music program with a childhood literacy program. What she came up with became Mother Goose on the Loose, a 30-minute, once-a-week public library program for parents and babies that includes reciting nursery rhymes and presenting books and music in a playful, interactive way. Diamant-Cohen launched the program, offered solely in English, while living in Israel. Parents who participated were from all over the world; some spoke no English but attended so their children could learn the language at a very early age.

Essential to the success of Mother Goose on the Loose classes is a warm and welcoming atmosphere, something that Diamant-Cohen says is not always evident in such programs. She gets her audiences involved with traditional nursery rhymes and then reads a book from cover to cover. “I have a flannel board on which I might have a picture of a teddy bear,” she says. “I also might show a real teddy bear, a different photograph of a teddy bear and a watercolor, which demonstrates that there are different ways to represent the same thing. That gives the child experience in recognizing visual clues, which is part of pre-reading skills.”

When Diamant-Cohen, her husband and her three children came to Baltimore in 1998, she landed a job as the manager of the former Enoch Pratt Free Library Exploration Center at Port Discovery Children’s Museum. “I learned that while I was in Israel, the findings from brain research had made their way into mainstream publications. These findings determined that to achieve a child’s greatest potential, the brain needs certain kinds of stimulation in the first three years of life,” Diamant-Cohen says. “Parents were coming to the library asking for programs for this age group, and nothing was in place.”

In response, the Maryland Library Association sent out an urgent request for help, and librarian Diamant-Cohen rose to the occasion. “I did a presentation for the [association], and [libraries] started asking me to train their librarians [on how to implement Mother Goose on the Loose in their libraries],” Diamant-Cohen says. “I also attended a brain conference and had one of those ‘aha’ moments. I knew that Mother Goose worked, but now I was able to understand why.”

Subsequently, she wrote an article about Mother Goose on the Loose for Public Libraries magazine and another, along with a couple of co-authors, for Children and Libraries journal, both published in 2004. Diamant-Cohen’s phone started ringing off the hook with calls from libraries all over the country interested in implementing programming for younger children. That year, Diamant-Cohen was named a “mover and shaker” by the prestigious Library Journal.

At the same time, Diamant-Cohen was pursuing a Doctor of Communications Design degree at UB. “I chose UB because its program seemed suited to what I wanted,” she says. “I wanted to learn how to communicate Mother Goose to others, and it turned out to be exactly the right program for me. UB gave me the right tools for what I needed to do as I was giving presentations throughout the country.”

These days, Diamant-Cohen is showing no signs of slowing down. After working at the Enoch Pratt Free Library for seven years, she returned to Port Discovery Children’s Museum as an early childhood specialist and now splits her time between that pursuit and running Mother Goose on the Loose. She has published seven books for librarians, focused on children’s services in public libraries; one is a 400-plus-page how-to manual for Mother Goose on the Loose.

“Right now, I’m a one-woman outfit, but my goal is to really take this program further,” she says. “I’d like to develop an online presence as well as to expand [Mother Goose on the Loose] beyond libraries and into day care centers [and child development programs], such as Head Start.”

Behind the Scenes of Your Next Good Read

The Art of Investigation: Painting a Picture of Applied Forensics

Charles Tumosa and his students investigate the multibillion-dollar world of art theft, forgery and insurance fraud. 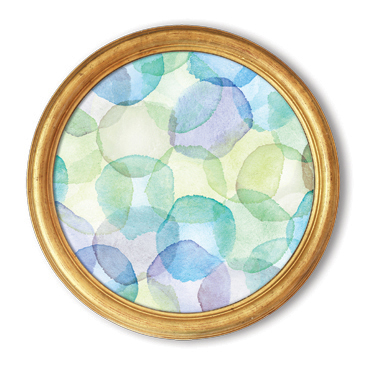 A Perfect Union: Art and Science

At UB, science and art are colliding to form new frontiers of forensic exploration, NASA products and library interactivity.