The Dogwood isn’t the only UB-connected area restaurant that’s making headlines. Alessandro Vitale, B.A. ’94, is getting rave reviews for his latest venture, Chazz: A Bronx Original. We’ll give you one guess on the identity of the eatery’s famous namesake.


One of Vitale’s first solo business ventures was selling his father’s famous veal parmesan sandwiches to his classmates at what was then called Loyola High School.

“My friends had PB and J’s, and when they saw my lunch they would ask, can you bring me one of those sandwiches?” Vitale recalls. “So my dad would make up a bunch and let my brother, Sergio, and me keep the profits.”

This is only one example of the many culinary successes of the Vitale family. Their father, Rinaldo, opened the first Aldo’s Ristorante Italiano, now a Little Italy institution, more than 30 years ago. And their latest “star” is Chazz: A Bronx Original in Harbor East, developed in collaboration with its namesake, actor Chazz Palminteri.

“No one is more Italian than Chazz,” Vitale says. “He wanted a place where everything reminds you of your grandmother’s cooking: good, basic Italian done the right way.”

Vitale’s upbringing has that same family focus. Alessandro and Sergio grew up helping with the family food businesses, which included a pizza parlor, restaurants and a pastry operation that distributed items such as cannoli cream all over the country. “My father is Jedi wise, and he taught us to work for our dreams,” Vitale recalls.

Once he began at UB, says Vitale, who majored in interdisciplinary studies, he observed a similar work ethic in his fellow students. “Many of us were entrepreneurs as we were going to college—full-time students and full- or half-time workers,” he recalls. “And our professors had real-world experience. One of my professors, from the World Bank, would say, ‘Your textbook is a good guide, but let me tell you more about how things really work.’”

After graduating, Vitale worked for MBNA bank for three years before deciding to return to the family business. “I loved being in the banking world, but I also love working with my dad and brother—you can’t put a price on that,” he says.

The idea for Chazz came about when Palminteri, an Academy Award-nominated actor, writer and director, brought his autobiographical one-man show, A Bronx Tale, to Baltimore’s France-Merrick Performing Arts Center (also known as the Hippodrome). “Chazz asked where the best Italian [restaurant] in Baltimore was, and he wound up coming to Aldo’s for, I think, nine nights in a row,” Vitale recalls.

In the Vitale family, Palminteri found the right combination of food know-how, financial expertise and business savvy to create his vision. The restaurant features authentic New York City decor, including duplicates of subway tiles, and the only coal-fired pizza oven in Maryland and its surrounding states. “It’s the closest thing to the pizza you get in Naples,” Vitale says. “Ninety seconds in the oven, and it comes out perfect.” Actor Robert De Niro, a good friend of Palminteri’s, sampled the authentic pie on a recent visit.

The Vitale family is currently working to expand the Chazz brand to Washington, D.C., Manhattan and Las Vegas.

Deleting one little letter from the Dogwood Restaurant’s name leaves you, quite fittingly, with “do good.”

Other WebExtras for This Article

Training for a Bright Future

Training for a Bright Future 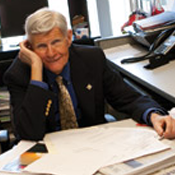 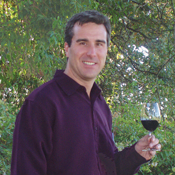 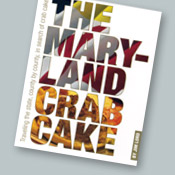