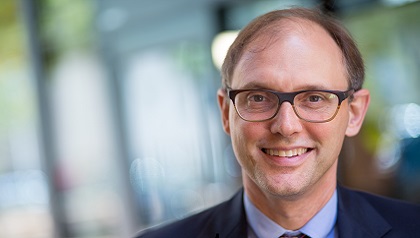 I was born and raised in Cross Lanes, West Virginia. Like many of our students, I am a first generation college graduate. Among the things that I am most passionate about is the value of public service and helping to train the next generation of public and nonprofit leaders. Public service is the highest of callings and I encourage everyone to consider it as a career choice or an important part of their work.

I always joke that I left WV at 18 to see the world and I ended up in Bloomington, Indiana. My first year was spent with the ambition of becoming a nuclear physicist, but like many college students, I found that another longtime passion was too strong to resist. I changed my major to public affairs and am a proud graduate of Indiana University’s School of Public and Environmental Affairs. After flirting with the idea of becoming a lawyer, I encountered two faculty members who worked with me closely and encouraged me to study law and politics as an academic. I left for Athens, Georgia where I found yet another incredible set of mentors in the University of Georgia’s Department of Political Science, and there I received my M.A. in 1993 and Ph.D. in 1999, specializing in public law, American politics and public policy.

Prior to beginning as dean, I spent 15 years as teacher, mentor to students, scholar and public servant. In reverse order, before coming to UBalt, I was director of the Master of Public Affairs program and professor of political science and public affairs at Western Carolina University from 2010 to 2015. I taught at the University of Arizona’s School of Government and Public Policy from 2001-2010, where I obtained the rank of associate professor and served as the school’s interim associate dean and director. I started my career as a tenure-track assistant professor in public affairs at Roanoke College in Virginia from 1999 to 2001 and taught as an adjunct professor in the City University of New York System at John Jay College of Criminal Justice and Baruch College.

I love teaching and have taught undergraduate and graduate-level courses on judicial administration and reform, law and public policy, judicial process, public administration, and conflict resolution. I was honored to be recognized over 10 times for my teaching, mentoring and academic leadership with awards at the university, college and departmental levels.

Like our faculty at UBalt, I believe that quality teaching and research are bolstered by service. I have served the American judicial branch in numerous capacities including expert testimony, consulting work and service on commissions, committees and boards. I currently serve on the National Center for State Court’s Research Advisory Council and the editorial boards of Justice System Journal and American Review of Politics. In Arizona, I served on the Pima County Commission on Trial Court Appointments, was a founding member of the Arizona Supreme Court’s Board of Legal Document Preparers, and was a board member of Arizona’s Court Leadership initiative. In Asheville, NC, I served on the board of directors of the United Way, chaired its advisory committee on the 211 program, and served on the Advisory Committee of Western North Carolina Non-profit Pathways. Finally, I have served in numerous leadership capacities for my profession and university including a three-year term on the executive council of the Network of Schools of Public Policy, Affairs, and Administration (NASPAA).

I believe that it is important for academics to add to the base of knowledge and contribute scholarship that improves society. My research focuses broadly on court administration and court reform issues. My most recent work is on the subject of how courts do intergovernmental relations work. An initial article on this project was recently published in the Arizona Law Review and the New England Law Review’s Special Symposium on Courts in Crisis. I have studied court reforms such as state court budget politics, court reforms like alternative dispute resolution and drug courts, and the increased politicization of lower federal court nominees. To date, I have published 30 articles in such journals as Policy Studies Journal, Public Administration Review, Law and Society Review, Arizona Law Review, Michigan State Law Review, New England Law Review, American Journal of Criminal Justice, The Court Manager, Judicature, Justice System Journal, The Judges Journal, State Constitutional Commentary and Notes, Public Budgeting and Finance, Political Science Quarterly, Criminal Justice Review, Administration and Society, Journal of Public Affairs Education, and the American Review of Politics. I am also author of Alternative Dispute Resolution in Civil Justice Systems, published by LFB Scholarly Press in 2002.