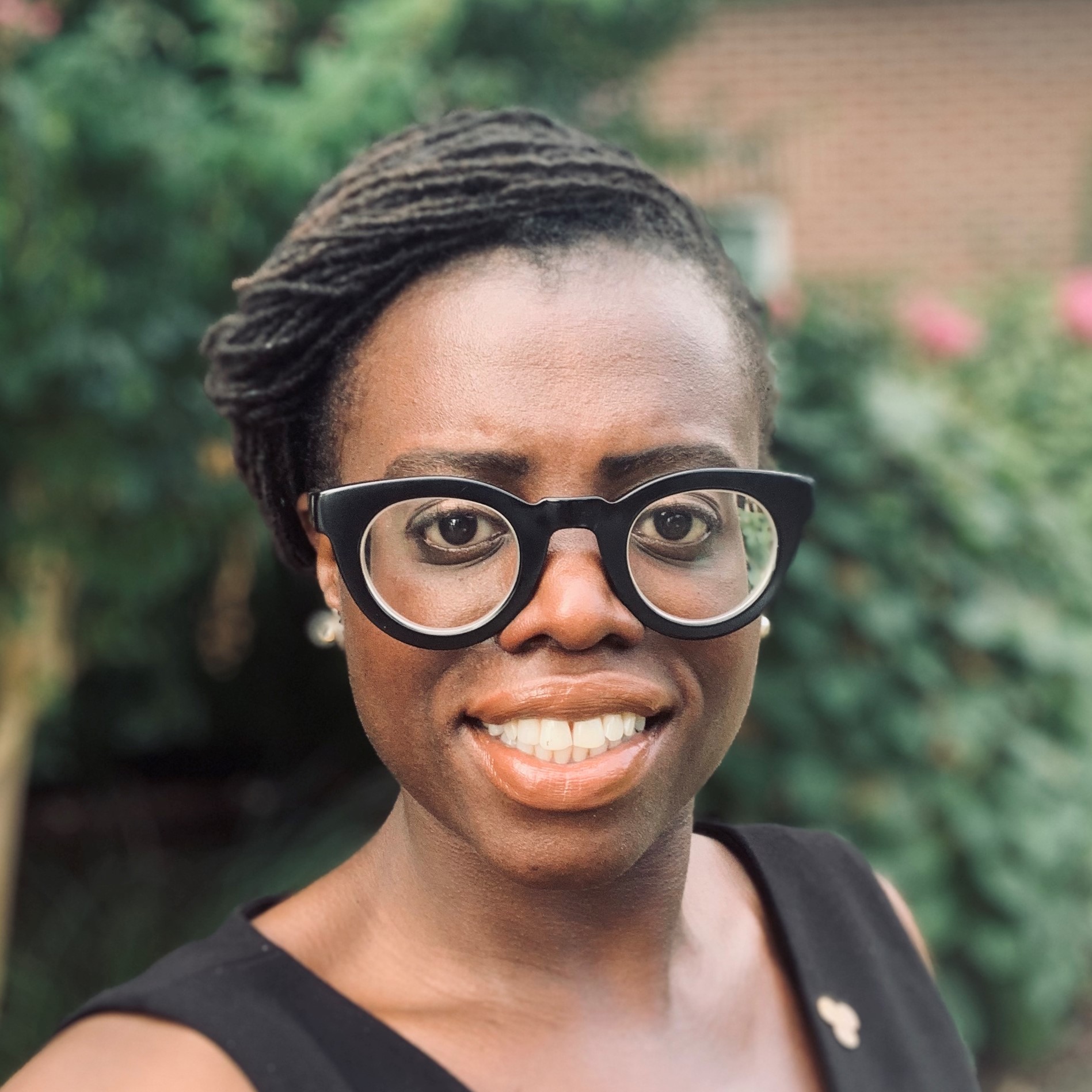 Pamela Gibbs seemed to be doing everything right.

She went to college, got an undergraduate degree, and even stayed on for an MBA; but because she finished in 2007—just as the nation was on the brink of an economic crisis—finding a job in her field was challenging. Even when she found a job she wanted, it soon became clear that there was little opportunity for upward mobility.

Time, and The University of Baltimore, changed her trajectory.

Now, Gibbs, a 2020 graduate of the University’s Information and Interaction Design doctorate program, works as a researcher for Google. Instead of wondering where to start looking for a job, several offers came her way before her graduation date.

“I would not have gotten the opportunities without this education. It opened up many doors,” she says.

Gibbs went to Penn State for an undergraduate degree in international business and stayed in State College, PA to complete her MBA. After graduating, she worked in retail for a while, but it wasn’t long before the 2008 recession wiped out her chances of finding a secure job where she could use—and grow —her skills. Gibbs decided she needed to go back to school and forge a new path.

She was interested in entering in the technology space, but wasn’t sure her vision, which favored person-to-person interaction over screen time and project management over coding, matched the available opportunities .
“I ended up coming across this field called User Experience (UX), and found out that it  actually fit everything that I wanted to do.”

With her plan coming together, it wasn’t long before Gibbs found The University of Baltimore. Greg Walsh, a professor and program director, was one of the first people she spoke to about the Interaction Design and Information Architecture program, and he connected her with a recent graduate of the program.

The human connections and program opportunities made Gibbs confident in her choice. And she had to be. When she started the program, Gibbs was working two jobs, newly married and raising two children—one age 12, and one 9 months.

“There were a lot of changes  in that year that I started,” she says. “The program was really, really great because as I started getting into it, I was able to come in person and also modify my learning so that I could start attending online. One of the things that I was worried about going online was that I wouldn't be able to interact with my professors or have that same experience that I did when I was in class. It wasn't even like that. In fact, the more the time went by, the more I transitioned to only being online.”

Gibbs lauded a community of professors, staff and administrators, her “UB village,” for their help over the years. Whether it was a funding mix-up or help smoothing her transition after deciding to pause school for a semester to move across the country, “every single time, there was someone that would be like there to help me pick up the pieces and figure things out,” she says.

The connections she made defined her University of Baltimore experience, particularly the relationship she fostered with Deborah Kohl.

Gibbs started in a graduate program, but after a class and conversation with Kohl, she transitioned into the doctoral program from which she would graduate.

Gibbs says she knew she wanted Kohl to be her adviser when they first met, which was when she took “Humans, Computers and Cognition.”

“She is brilliant and I knew that having someone like her be someone to help guide me along my process would do incredible things for me, and it has.” Kohl challenged Gibbs in ways that made her a better writer and thinker, but also went beyond that, making Gibbs appreciate their relationship more deeply.

“We've had some really, really engaging conversations regarding what this actually means for me, particularly being a black woman and being a mother,” Gibbs says.

It gave her the space to soak in the significance of her own milestones.

“I am in places where typically, if you didn't go to a Stanford or a Harvard, I shouldn't be in and yet, I'm there,” she says. “I think the message is that your story is your power and you can be whatever you want to be, irrespective of where you went to school, irrespective of the path that led you there, irrespective if you are a mother, if you're a female, if you are black, if you are brown, whatever. You can own your narrative and you can be successful. The values that I've learned at UBalt, and different experiences in my life have helped cultivate me to the human that I am. And I am very proud to be able to enter some of these spaces and make some of the changes that I am in the process of making and will make in the future with UBalt as a part of my story.”