Lessons from Legends in Real Estate

Join the University of Baltimore Real Estate and Economic Development Advisory Board as they host the next installment of Lessons from Legends featuring architect, advocate, innovator and entrepreneur Diane Cho, a founding principal of Cho Benn Holback and current principal with the firm Quinn Evans. 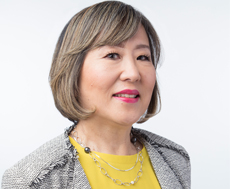 This is a event free and open to the public, however we do require you to pre-register on UBalt's Events Calendar. R.S.V.P here.

Last Published 11/14/21
Clear
Back to Lessons From Legends