Join Murray Dalziel, dean of the Merrick School of Business as he talks with John Belcher, former CEO of several companies and known for being a "top executive" and building billion dollar businesses from nothing. 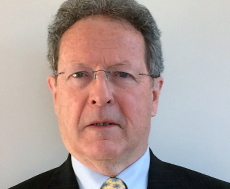 A conversation with John Belcher, top executive and business leader.

"How Entrepreneurship and Leadership Works: Building From the Ground Up"

Tickets are free but require you to pre-register.