Join Murray Dalziel, dean of the Merrick School of Business as he talks with Robert Weinhold, chief executive of the Fallston Group—a Baltimore-based reputation firm—as he brings insights into the basic truisms that many leaders' strengths and shortcomings are magnified during the most difficult times. 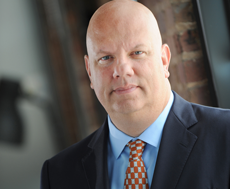 A conversation with Robert Weinhold, alumnus and author of “The Art of Crisis Leadership.”

Tickets are free but require you to pre-register.